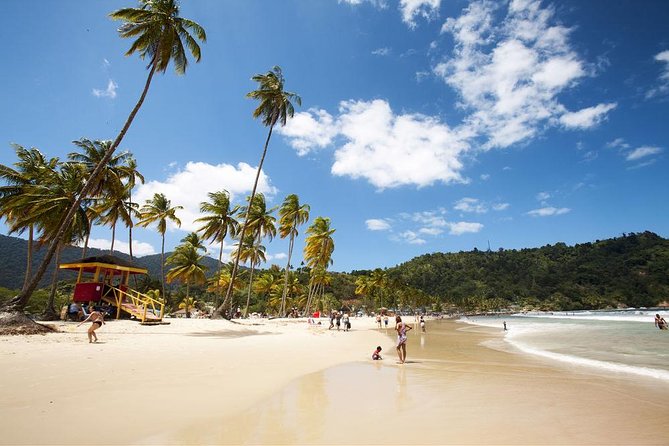 Two drownings were recorded on Sunday within the space of hours at the Maracas and Tyrico beaches respectively.

The tragedies occurred four days after lifeguard Anthony Paul warned that Tyrico beach continued to be without a lifeguard service, and that beachgoers to this particular site would be undertaking a sea-bath at their own risk.

According to reports the first incident occurred at approximately 3.30 pm at Maracas Bay.

David Khan was bathing when he experienced difficulty and disappeared under the water.

As an alarm was raised, efforts were made by both lifeguards and members of the public to locate him but these proved futile.

The US citizen’s body later resurfaced around 5.50 pm and was brought to shore by three men who had been part of the search party. Although CPR was performed it was unsuccessful.

Reports also indicate that as officers remained at Maracas Bay overseeing the removal of Khan’s body, a report of a second drowning, this time at Tyrico Bay, was received.

The second victim was identified as 24-year-old Joshua Serrette, of Maracas, St Joseph.

Eye-witnesses said he was bathing around 6 pm when he got into difficulty and disappeared beneath the water.

As other beachgoers rushed to his aid and dragged him to shore, Dr Dave Gokool, a visiting doctor from the Albert Einstein Hospital in the US who was present at the time, performed CPR on Serrette.

First responders rushed Serrette to the Port-of-Spain General Hospital where he was pronounced dead at 7.42 pm.

Enquires are continuing into both incidents.

Kamla to PNM: Keep my name out yuh mouth!

L.A nurse charged with 6 counts of murder after fiery crash

Kamla to PNM: Keep my name out yuh mouth!

Kamla to PNM: Keep my name out yuh mouth! 0

L.A nurse charged with 6 counts of murder after fiery crash 0