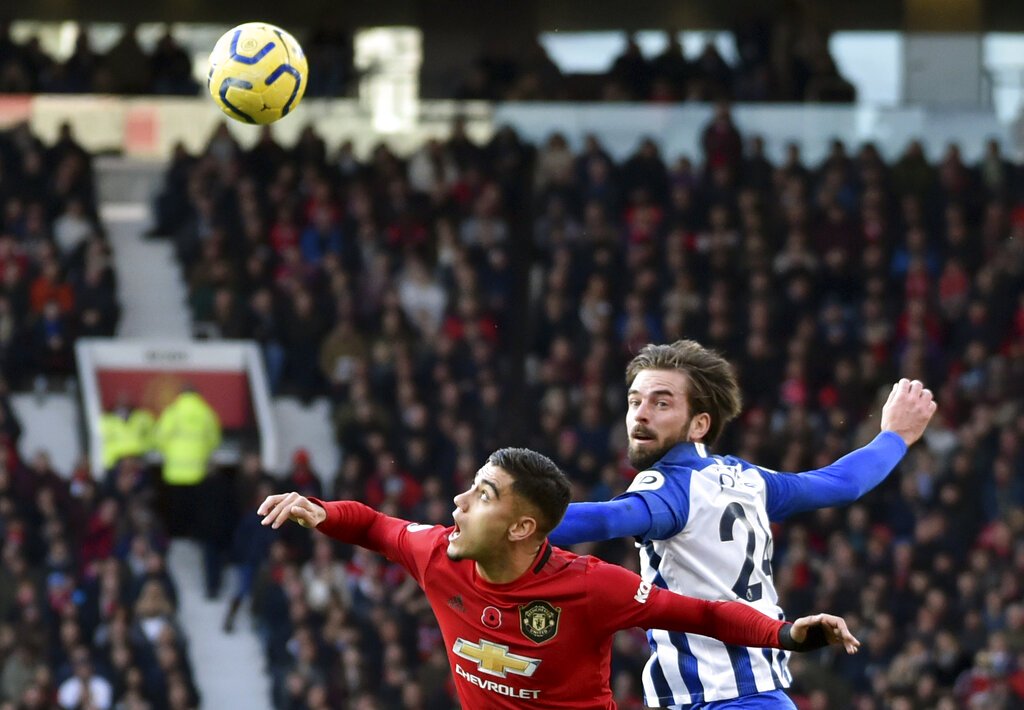 Manchester United climbed back into the top half of the Premier League table on Sunday, as goals from Andreas Pereira and Marcus Rashford and an own goal from Davy Propper gave the side a 3-1 home win over Brighton and Hove Albion.

United climbed to seventh place on 16 points from 12 games after stretching their unbeaten home run against the Seagulls to 12 matches in all competitions. Brighton slipped to 11th place on 15 points.

Pereira fired United ahead in the 17th minute with a fortuitous goal, as his shot from inside the penalty area took a heavy deflection off Dale Stephens and left Brighton goalkeeper Matthew Ryan stranded.

Propper then bundled the ball into his own net two minutes later as an inswinging free kick from Fred caused havoc in Brighton’s six-yard box. The goal was awarded after a VAR check.

Lewis Dunk pulled one back for Brighton in the 64th minute with a close-range header, but Rashford restored United’s two-goal advantage two minutes later when he blasted a shot from 12 metres in off the underside of the bar.