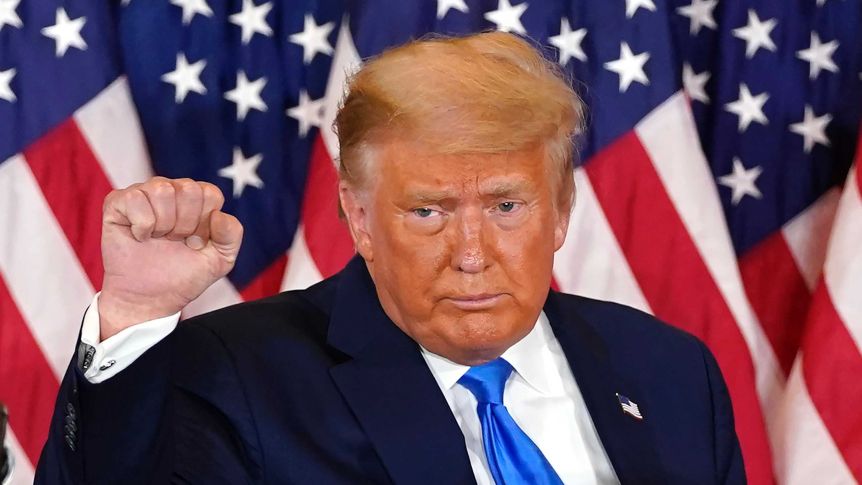 The lawsuit, brought by the campaign and two registered voters, alleged Pennsylvania’s mail-in voting system “lacked all of the hallmarks of transparency and verifiability that were present for in-person voters.”

The lawsuit claims Pennsylvania officials violated the U.S. Constitution by creating “an illegal two-tiered voting system” where voting in-person was subject to more oversight than voting by mail.

It was filed against Pennsylvania Secretary of State Kathy Boockvar and the boards of elections in Democratic-leaning counties that include Philadelphia and Pittsburgh. Bookcvar’s office did not immediately respond to a request for comment.

The president, who has spent months trying to undermine the election results with unproven allegations of fraud, has pledged to go forward with a legal strategy that he hopes will overturn state results that gave Biden the win in Tuesday’s vote.

The Trump campaign and Republicans have brought numerous lawsuits since Election Day over alleged election irregularities. Judges have already tossed cases in Georgia and Michigan.

Separately, some Republican state legislators in Pennsylvania on Monday said in a press release that they would “call for a legislative-led audit of the 2020 election and demand election results not be certified, nor electors be seated, until the audit is complete.”

In the United States, a candidate becomes president by securing the most “electoral” votes rather than winning a majority of the national popular vote. Electors generally cast their vote for the winner of the popular vote in their respective states. They are slated to meet on Dec. 14.

Edward Foley, who specializes in election law at the Moritz College of Law at the Ohio State University, said the Pennsylvania legislature couldn’t stop the certification of the vote without changing the law.

“To do that, they would have to attempt to amend the state statute and that is going to be vetoed” by Pennsylvania’s Democratic governor, said Foley.