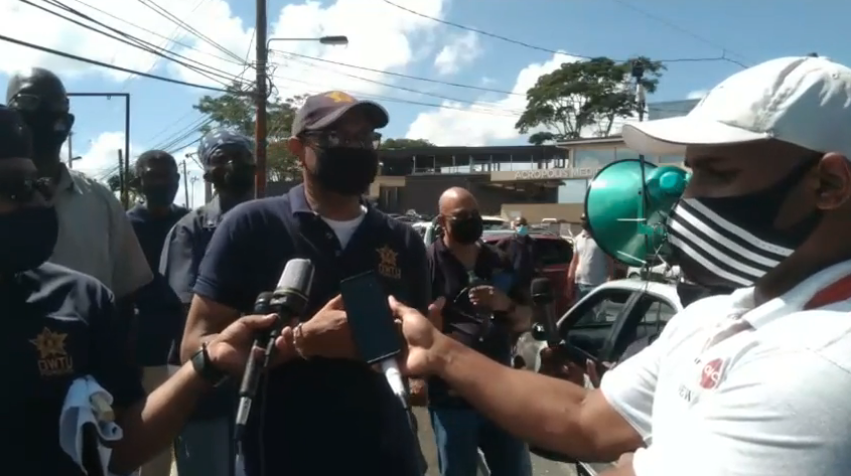 Scores of workers from all unions participated in a motorcade called by the Joint Trade Union Movement (JTUM) on Saturday.

The motorcade began in front of the Oilfield Workers Trade Union (OWTU) headquarters on Circular Road, San Fernando and ended at the Queen’s Park Savannah in Port of Spain.

Speaking about the industrial relations climate in TT, JTUM president and OWTU president general Ancel Roget said “It has worsened ten times, therefore what we are seeing are employers taking advantage of the situation to disregard collective bargaining agreements. There are absolutely no discussions taking place.”

He added “We have seen governments disregarding the urgent need for labour legislation reform.
“If we are so important and needed to turn the wheels of the economy, why then must our issues be placed on the back burner? What they are signalling is that they do not care about workers.”

Roget all stated that the only people who continue to benefit right now are the business class who owned groceries and other stores that “continued to drive their prices up, notwithstanding that working people who are losing their jobs, are the ones who can hardly make ends meet, and all of that is wrong.”

He said “We have seen covid19 being used deliberately by those in authority and by the government to exploit and undermine the collective bargaining process, the terms and conditions of employment and by extension disenfranchise citizens in terms of their fundamental rights.”
“The trade union movement must be and must remain a critical social partner in national development.”

Remy said the motorcade was the beginning of an effort by unions to form a united front to deal with the major issues that have affected the lives of all working-class citizens of TT.