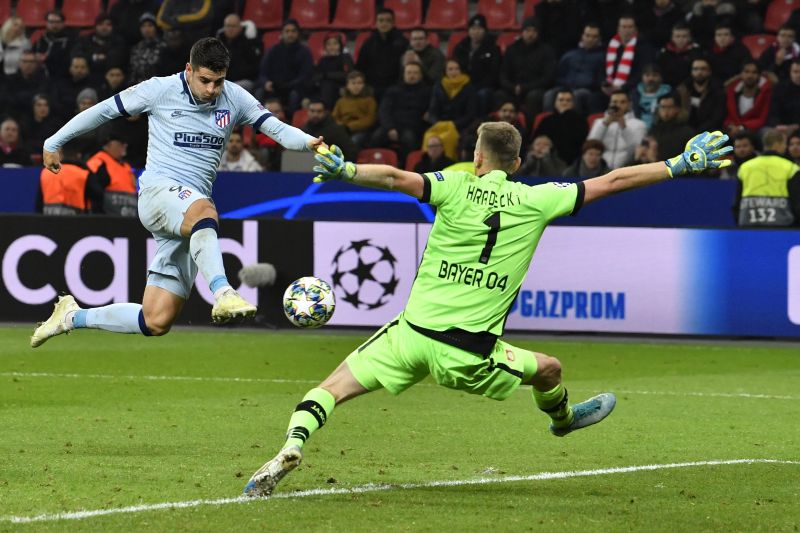 Morata Makes It Six In A Row As Atletico Move Third

Alvaro Morata hit his sixth goal in as many games in all competitions as Atletico Madrid moved third in La Liga with a 3-1 win over struggling Espanyol yesterday.

Morata thumped home his fifth league goal of the season just before the hour mark to put Atletico in front in Madrid after Sergi Darder had shocked the Wanda Metropolitano with fine opener seven minutes before the break.

The 27-year-old also set up Angel Correa to level the scores in first half stoppage time as he continued his superb recent form which has seen him find his shooting boots after not scoring since the first game of the season.

“The important thing is that we won. I always say it, in the end it’s about being all together,” said Morata.

Koke rounded off the victory in added time when he collected Diego Costa’s low cross to slot the third past Espanyol goalkeeper Diego Lopez.

Diego Simeone’s side stay just a point behind Barcelona and Real Madrid, easy winners over Eibar and Celta Vigo respectively on Saturday, but move above Real Sociedad, who drew 1-1 with Leganes on Friday.

Atletico were expected to challenge for the title this season after signing teen prodigy Joao Felix in the summer, and they are in the mix despite a spotty opening three months of the season that has seen them lose only once but draw six of their 13 league matches.

They are also close to qualification for the Champions League knockout stages, as they are second in Group D, three points behind leaders Juventus.

“We are a strong group and we are not affected by what is said about us. If we do what we have to do, we will go far this year,” Morata added.

Espanyol meanwhile stay second-from-bottom after their third league defeat on the bounce, adding to a dismal domestic run that has seen them win just once since mid-September.