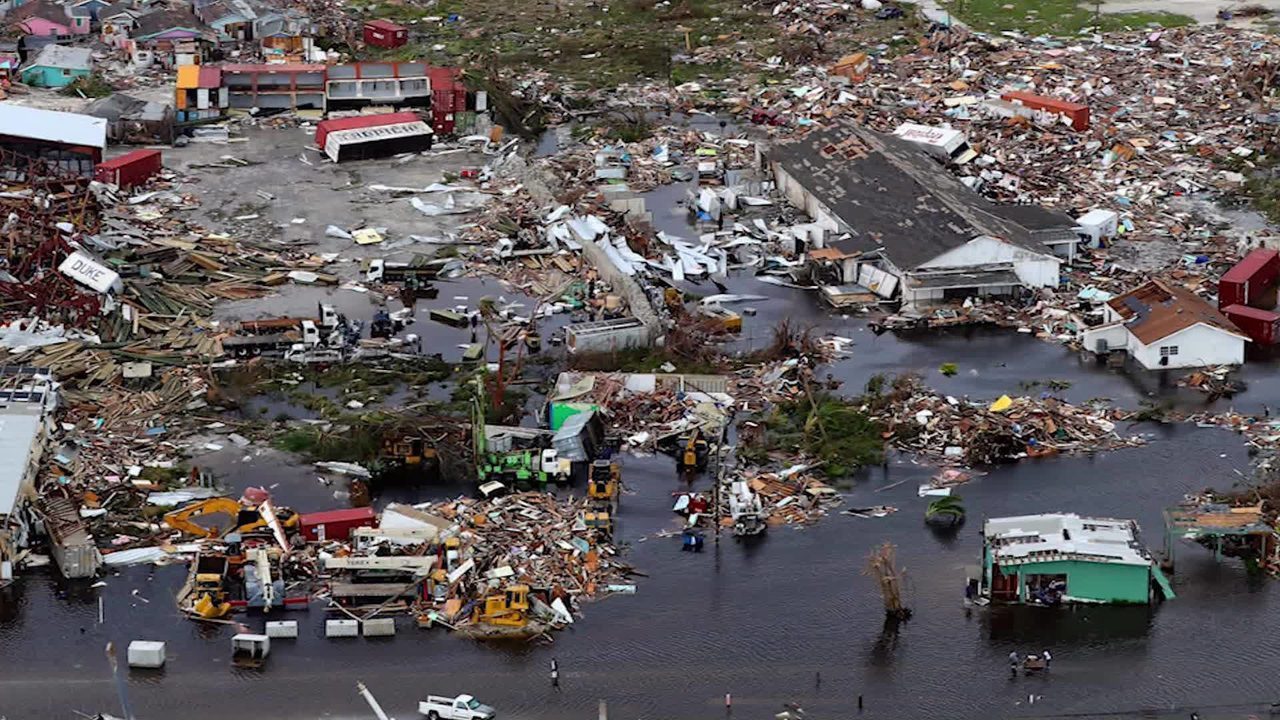 Immigration Crackdown Suspended in The Bahamas

The Government of Bahamas says it has suspended the crackdown on illegal migrants in the Abacos and Grand Bahama as the death toll from the passage of Hurricane Dorian a week ago climbed to 44.

Minister of Financial Services, Trade, Industry and Immigration, Elsworth Johnson said that with the country “presently experiencing a humanitarian crisis in aftermath of Hurricane Dorian, strict instructions have been given to the Immigration Department that our concentration is on assisting with the humanitarian efforts to rescue and save lives regardless of place of origin, nationality or immigration status”

He said further, the authorities are “obligated to, and will continue to, secure our borders, all domestic apprehension exercises in the affected areas are suspended.

“We also invite all in our community to assist as best they can with the humanitarian efforts now underway,” he said.

Prior to the passage of the hurricane, the Bahamas had implemented a crackdown on illegal migration, particularly directed at persons from Haiti. A Bahamian immigration policy requiring that all residents carry passports has led to increased raids of shantytowns and other areas with large undocumented populations.

Following the devastation caused by the storm, the Miami-based Family Action Network Movement (FANM) and more than 20 other groups released a letter addressed to Bahamian Prime Minister Hubert Minnis and other government officials.

“Our agency has received several SOS from residents because they are scared to seek help because of their immigration status,” the letter noted.

“Fear in Haitian immigrant communities is at an all-time high and, without intervention, will prevent needy families from accessing vital services, including asking for shelter in public facilities, when needed, and protecting or assisting others,” the letter noted.

The Royal Bahamas Police Force in a statement said that as of Sunday, September, 45 bodies have been located with 37 in Abaco and eight in Grand Bahama.

“‘We anticipate the discovery of more bodies as the process of search and recovery progresses. There are many more persons presumed missing and we are appealing to the public to file Missing Persons reports, with the police, of those persons who have not been seen since the passage of Hurricane Dorian. We offer condolences to those families who have had loved ones die during the storm. And every effort is being made along with our local and international law enforcement partners to bring closure,’ the police said in the statement.

Meanwhile, Prime Minister Minnis has praised United States President Donald Trump, calling him a “true friend” of the Bahamas as he met with a delegation from the United States on Sunday.

A government statement issued following the talks between Minnis and the delegation from the United States Agency for International Development (USAID), quoted Minnis as saying that Trump has authorized “a full and complete response from the Government of the United States.

USAID administrator, Mark Green, said he was looking forward to working closely with the Bahamas government to provide assistance to the residents affected by Hurricane Dorian.

“We commend your leadership and are committed to standing with and helping you during these challenging times. This is your response and your country and we look forward to working with you,” he added.

Prime Minister Minnis said his administration is committed to cutting the red tape that slows down the relief process.

He noted that among the most immediate needs are temporary housing facilities for residents who have lost their homes.

The government also announced that it is providing the necessary resources to ensure safety and security on the islands of Abaco and Grand Bahama.

The government also said that 220 security personnel as part of a CARICOM force, had arrived here including 120 from the Jamaican Defence Force and 100 from Trinidad and Tobago.

“Additionally, there are large numbers of security forces from the United States of America and the United Kingdom present on the affected islands involved in search, rescue and recovery efforts,” the statement said.