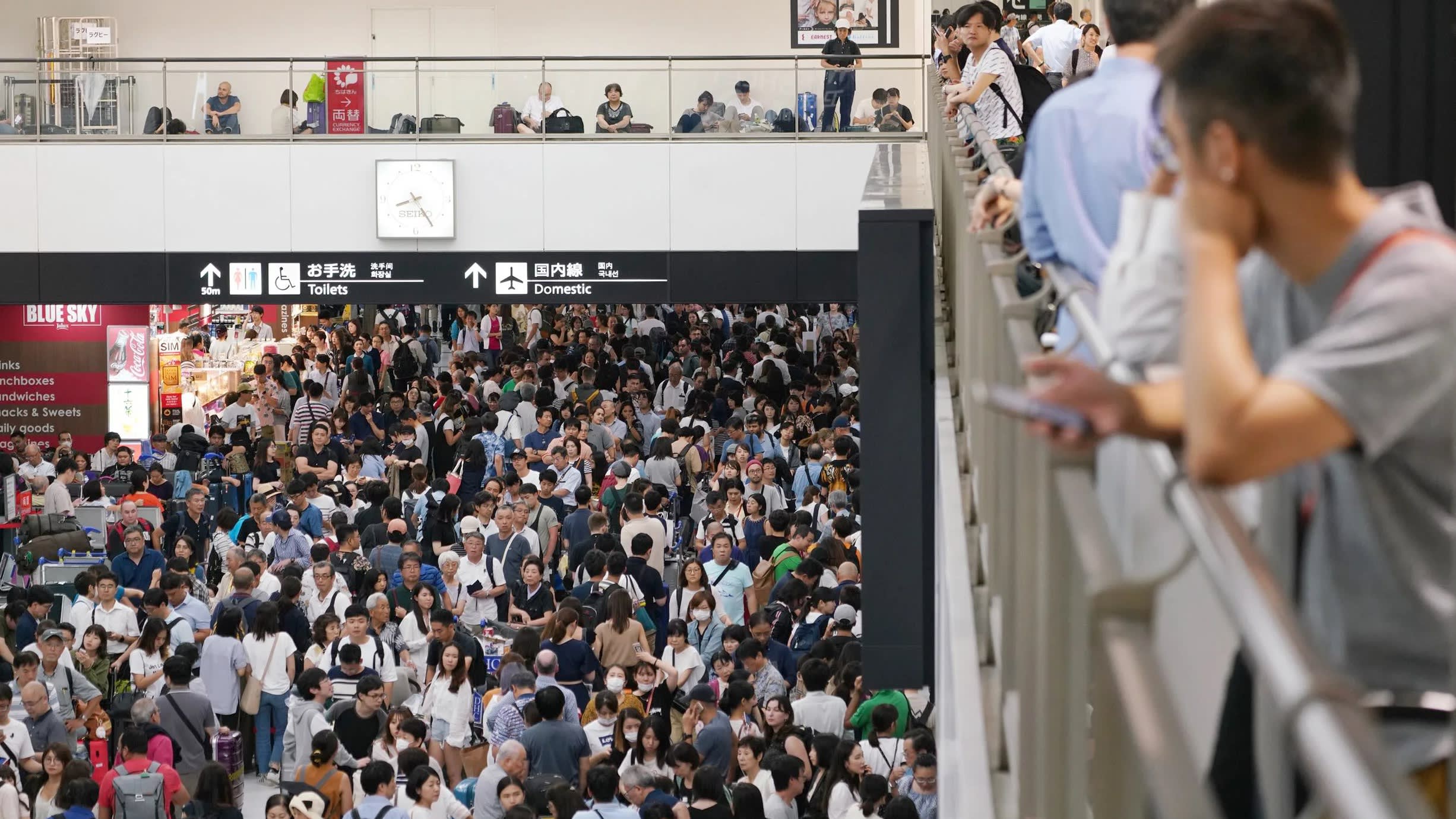 About 14,000 people were stuck in Narita International Airport as of 10:30 p.m. on Monday as the Japanese capital works to recover from one of its strongest typhoons in recent years.

East Japan Railway and Keisei Electric Railway halted trains to and from the airport, located 57 km from Tokyo, and bus service was suspended as well.

Transportation began to be restored only in the late afternoon, when the arrival lobby was already packed with returning travelers. Flights continued to arrive past 10 p.m.

Water, crackers and sleeping bags have been distributed to stranded passengers, the airport operator said.

A 32-year-old office worker said that when she arrived at Narita at around 2:30 p.m. from a trip to the U.S., the lobby was so crowded she could hardly move. About 100 people were in line for a taxi, she said.

“I can’t believe I can’t leave the airport,” she said. “This is the first time something like this has happened to me.”

Typhoon Faxai disrupted travel throughout Tokyo as well. JR East suspended all non-bullet trains early Monday morning. While the company had planned to resume service around 8 a.m., trains on the heavily traveled Yamanote loop line did not start running until after 10 a.m.Several lines will not resume operations until Tuesday. The suspension affected 2.78 million people.

In Tokyo, the typhoon killed a woman in her 50s. Over 30 have been injured, including in neighboring Chiba and Kanagawa prefectures, and 140 houses have been damaged.