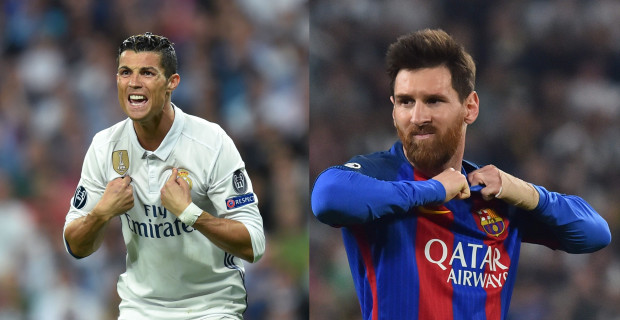 Football: Ronaldo Shows Serbia Fans Why You Should Never Chant ‘Messi’ at Him

The rivalry between Cristiano Ronaldo and Lionel Messi has been raging on for the past 12 to 13 years. Both Ronaldo and Messi have scored a bucketloads of goals en route to becoming the top two footballers in the world. Such has been their level of output that even in the annual awards Messi and Ronaldo have shared the honours in 10 of the past 11 years. Fans of the both the players are continuously debating on who is the better football player out of the two.

Both Messi and Ronaldo have admitted their mutual respect for each other while acknowledging that the professional rivalry has made them better football players.

However, recently we found how much the name of the Messi inspires Ronaldo to do better. During the Euro 2020 qualifier between Portugal and Serbia in Belgrade, home fans kept chanting the name of Messi to rattle Ronaldo. When the Portuguese received the ball, the Serbian fans started with the ‘Messi’ chants and it continued all throughout the evening. But Ronaldo found the perfect way to silence the crowd.

In the 80th minute, Ronaldo scored a goal in front of the home fans and did his famous ‘Sii’ celebration in Belgrade. Portugal eventually went on to win the contest as they maintained their undefeated in the competition. William Carvalho, Goncalo Guedes, Ronaldo and Bernardo Silva scored the goals as Portugal earned a 4-2 win at the Red Star Stadium.

Portugal are now in second position in their group with five points from three matches. Ukraine are ahead of Portugal in the group with 13 points from five matches till now.

And Ronaldo has again proved that the name of Messi only improves his performance rather bring him down.