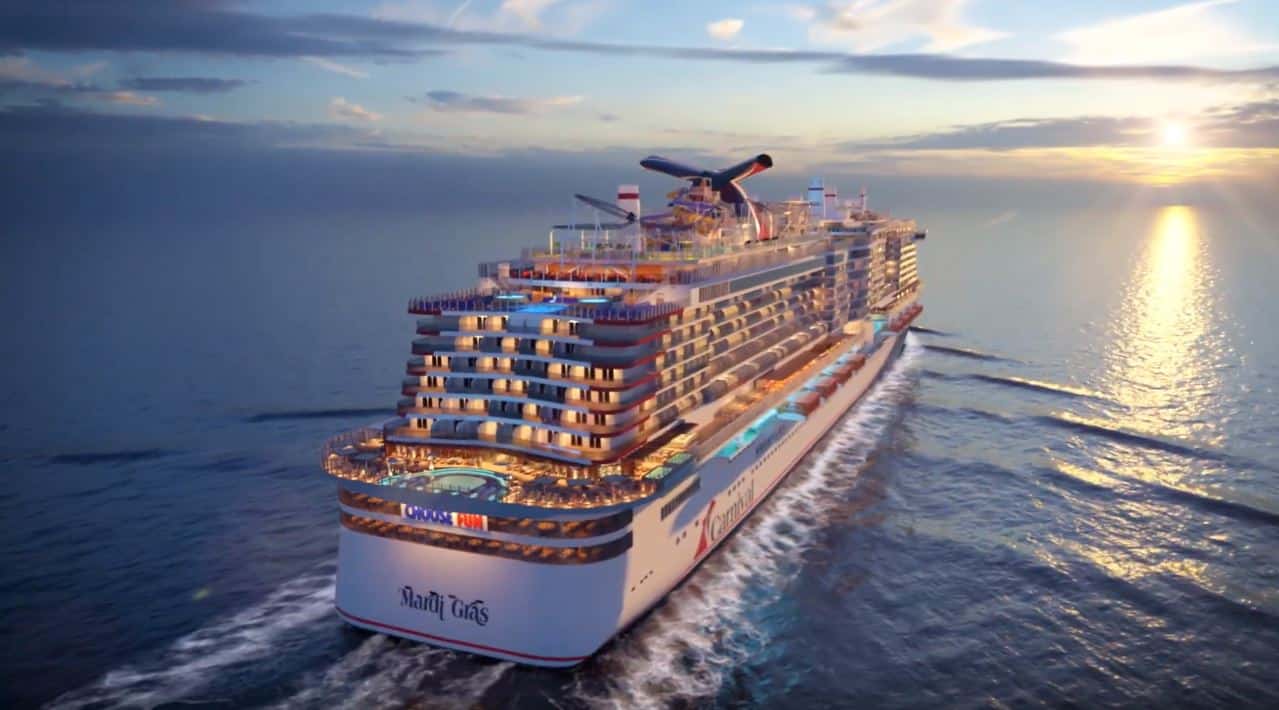 Carnival Has Now Canceled All Cruises Through February 2021

Carnival Cruise Line is the latest cruise line to further push any return to sailing, canceling all its sailings through February, and delaying the debut of new ship Mardi Gras from Port Canaveral, Florida, until April.

The announcement came one day after both Norwegian Cruise Line and Royal Caribbean announced they too would not sail until at least March 1st.

Disney Cruise Line has yet to cancel its February sailings while MSC Cruises still has January itineraries available to book on its website.

Carnival already had announced it was only planning return to service from Port Canaveral, PortMiami and the Port of Galveston with a limited fleet. The rest of its ships were already on hold, with all sailings from Baltimore; Charleston, South Carolina; Jacksonville, Florida; Long Beach, California; Mobile, Alabama; New Orleans and San Diego previously canceled through February 28th; and all sailings on Carnival Legend from Tampa, Florida, through March 26th.

The extension is geared toward cruise lines working to meet the U.S. Centers for Disease Control and Prevention’s “Framework for Conditional Sailing Order” it laid out in October when it lifted the no-sail order that had been in place since March as the coronavirus pandemic took hold.

The CDC plan includes building up testing sites on and off-ship, ensuring its personnel are free of coronavirus and then performing at least one test sailing to simulate an actual cruise and prove out its ability to sail safely.

CDC requirements to sail from U.S. ports will mean that when lines do begin sailing, passengers will need to receive a negative COVID-19 test on both the day of sailing and day of return before disembarking.

The further delay for Mardi Gras pushes the debut of the cruise line’s biggest ship ever, which was originally supposed to begin sailing last month from Port Canaveral. It’s the first cruise ship powered by the cleaner-burning liquefied natural gas to be based at a U.S. port. Port Canaveral has been gearing up for its arrival as well as planning infrastructure to handle future LNG-powered cruise ships including Disney Cruise Line’s new Disney Wish beginning in 2022.

The line said it will now begin service no earlier than April 24th, 2021.

The 1,130-foot-long vessel is 180,800 gross tons with a 5,282-passenger capacity based on double occupancy. It’s planned for year-round sailings of seven-night alternating Eastern and Western Caribbean itineraries out of Port Canaveral’s new Cruise Terminal 3.

Carnival will still get its hands on the ship this month from the Meyer Turku shipyard in Finland, and it will eventually make its way to Port Canaveral to prep for the CDC guidelines to allow for safe sailing.

“We apologize to our guests but we must continue to take a thoughtful, deliberate and measured approach as we map out our return to operations in 2021,” said line President Christine Duffy. “Our commitment to the health and safety of our guests, crew and the communities we visit is at the forefront of our decisions and operations.”

First it was aunty Mary now JLo is ‘snatching wigs’ 0