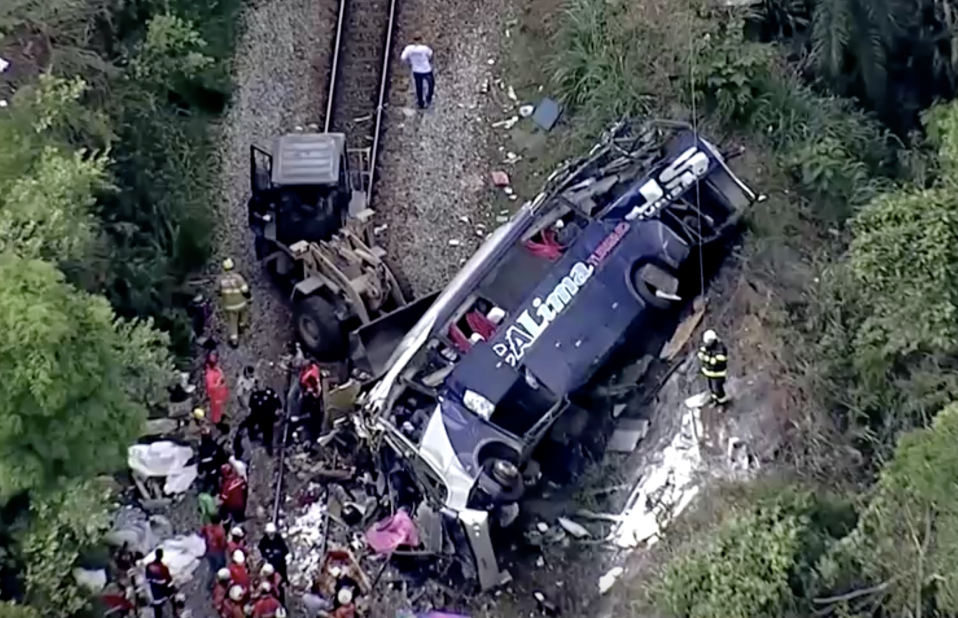 Bus Plunges Off Bridge in Brazil, Killing at Least 16

The bus driver who fell from an overpass on BR-381, in Joao Monlevade, 115 km from Belo Horizonte, jumped out of the vehicle before the accident, according to the PRF (Federal Highway Police). At least 16 people died and 24 were injured in the accident.

According to inspector Aristides Junior, spokesman for the PRF in Minas Gerais, the driver, who has not yet been identified, has not contacted the police to provide clarification and, therefore, is reported as a fugitive. Other passengers could have escaped the accident by jumping.

According to preliminary information, this bus possibly lost its brakes and ended up falling off the overpass. Before, the driver and possibly some passengers jumped out of the vehicle. The driver, so far, has not been located and has not presented himself. We work with the possibility that he fled or was rescued by popular people.

The Civil Police of Minas Gerais informed that the forensic examination was in place to make the first surveys and that the bodies of the victims will be forwarded to the IML (Legal Medical Institute) of Belo Horizonte and to the Legal Medical Post of the city of Joao Monlevade. The cause of the accident will be investigated.

The bus did not have ANTT authorization (National Land Transport Agency) to transport passengers.

The vehicle, with a license plate from Mata Grande-AL, was heading towards Sao Paulo when it was hit by a cart and plummeted from a height of 15 meters.

“The company is registered with ANTT and has an Authorization Term for the provision of a regular service granted by the court, through an injunction. However, the vehicle in question was not qualified to provide the passenger transport service, ”the agency said in a press release.