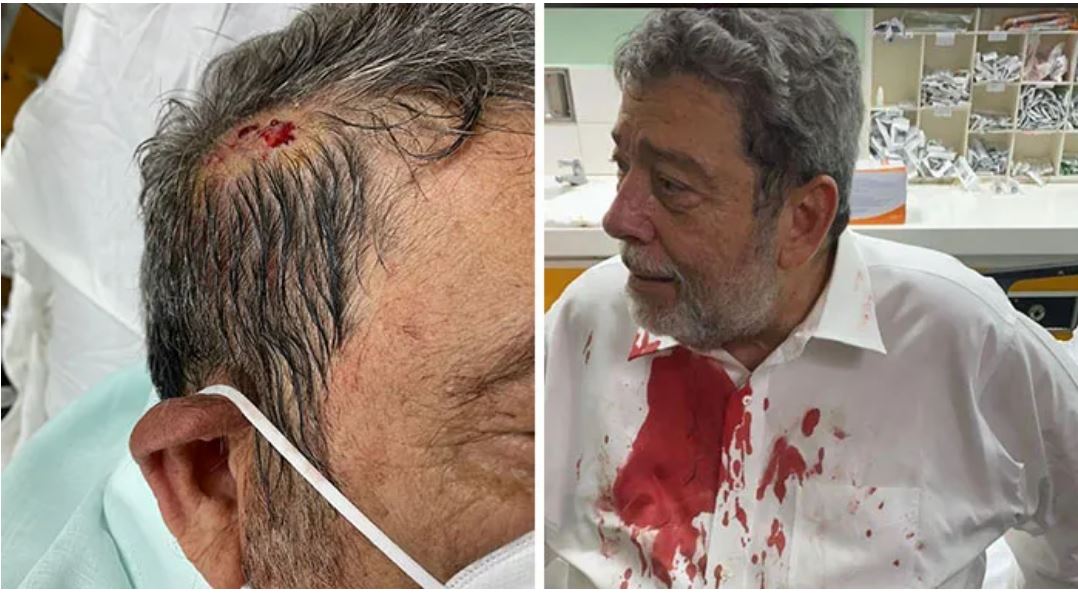 St Vincent and the Grenadines Prime Minister Dr Ralph Gonsalves has revealed that he suffered a concussion when he was struck in the head by an object on Thursday.

The incident occurred during a protest against amendments to the Public Health Act.

In a post to his Facebook page, Dr Gonsalves said he is on the mend and that there were no neurological deficits.
However, he said he would have to be monitored over the next four to six weeks.

Condemning the incident, Dr Gonsalves said while persons should exercise their right to protest, it does not give them the right to do violence toward anyone.

Here is his full post:
“By the grace of God almighty, I am doing well and on the mend. It is confirmed that there are no neurological deficits. However, I have suffered a concussion and must be monitored over the next four to six weeks. But, it could have been far more serious.
I take this assault as not just an injury, but, also look to the intent of the throwing of this projectile at me. The intent was to cause grave harm, even death.
It is equally culpable: the person who threw the stone as are those who instigate and continue to instigate disgraceful events that threaten my life and the lives of others. There is one person whom I hold responsible, and it is not just the person who did the direct act. We can have our disagreements, but, to cross the line into violence is unacceptable in a democratic society.
By all means, exercise your right to protest, but, that gives you no right to do violence toward anyone.
It is the fundamental right of parliamentarians to have access to the parliament in order to discharge their duty. And, it is the right of the people of North Central Windward to have their duly elected representation heard and not denied. I am heartened that Parliament continued their work last night even in my absence.
I would like to thank the hundreds of people who have send their thoughts and prayers and condemned the senseless violence that occurred. I would also like to thank the police officers who sought to protect the right of the voters of North Central Windward to have their voice represented in Parliament. And, of course, to the doctors both in St. Vincent and Barbados in whose good hands saw me through.”

PM celebrates 71st birthday in Tobago; will update the public on Covid-19 restrictions 0