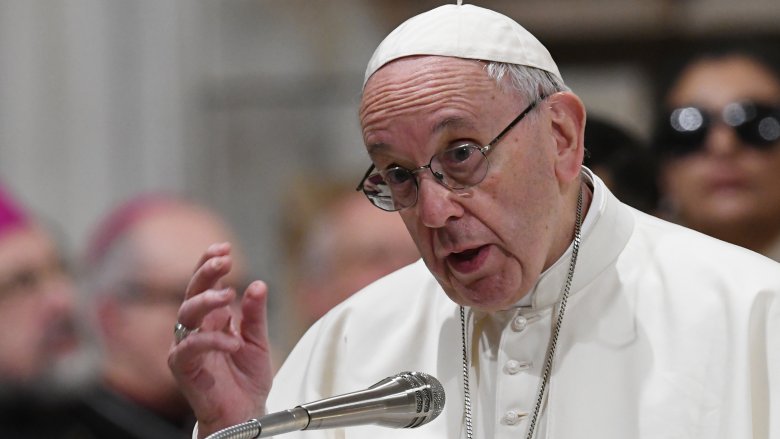 Pope Francis to make historic ‘pilgrimage of penance’ to Canada

The Pope will make a historic visit this week to offer a formal apology on Canadian soil for the harms done by Catholic-run residential schools across the country.

Pope Francis, 85, has called the visit a “pilgrimage of penance”, and has said he hopes it will help heal the wrongs done to indigenous people in Canada by the Roman Catholic Church.

His itinerary includes stops in the provinces of Alberta and Quebec and the northern territory of Nunavut.

Absent from the Pope’s visit, however, is a stop in British Columbia, where the discovery last summer of evidence of some 200 unmarked graves on the grounds of a former residential school led to nationwide calls for reconciliation.

The Pope will be in Canada until Friday.

In 2015, abuses suffered by residential school survivors were highlighted in a landmark report by Canada’s Truth and Reconciliation Commission (TRC).

The government-funded schools were part of a policy meant to assimilate indigenous children and destroy indigenous cultures and languages.

Some 150,000 First Nations, Métis and Inuit children were taken from their families during this period and placed in these schools.

The Roman Catholic Church operated up to 70% of residential schools. There were more than 130 such schools scattered across the country, the last closing in 1996.

The TRC report highlighted the stories of school survivors. Many were subjected to abuse, illness and malnutrition and the TRC called the residential schools system a central element of a policy of “cultural genocide”.

One of the report’s “Calls to action” was a request for the Pope to apologise for the Catholic church’s role in running the schools.

In May 2021, evidence, using ground-penetrating radar technology, of the unmarked graves of children at a former school site were found in Tk’emlúps te Secwépemc, a First Nations community in British Columbia.

The discovery received international attention and sent shockwaves across Canada.

Other First Nations began conducting similar searches near the sites of residential schools and, to date, evidence of over 1,000 graves has been found.

The child graves behind Canada’s national reckoning
These findings intensified calls from indigenous leaders for a formal apology from the Pope.

In April, he apologised to an indigenous delegation who had travelled to the Vatican, saying the residential schools caused him “pain and shame”.

He promised to meet indigenous communities in Canada and to assist with reconciliation efforts.