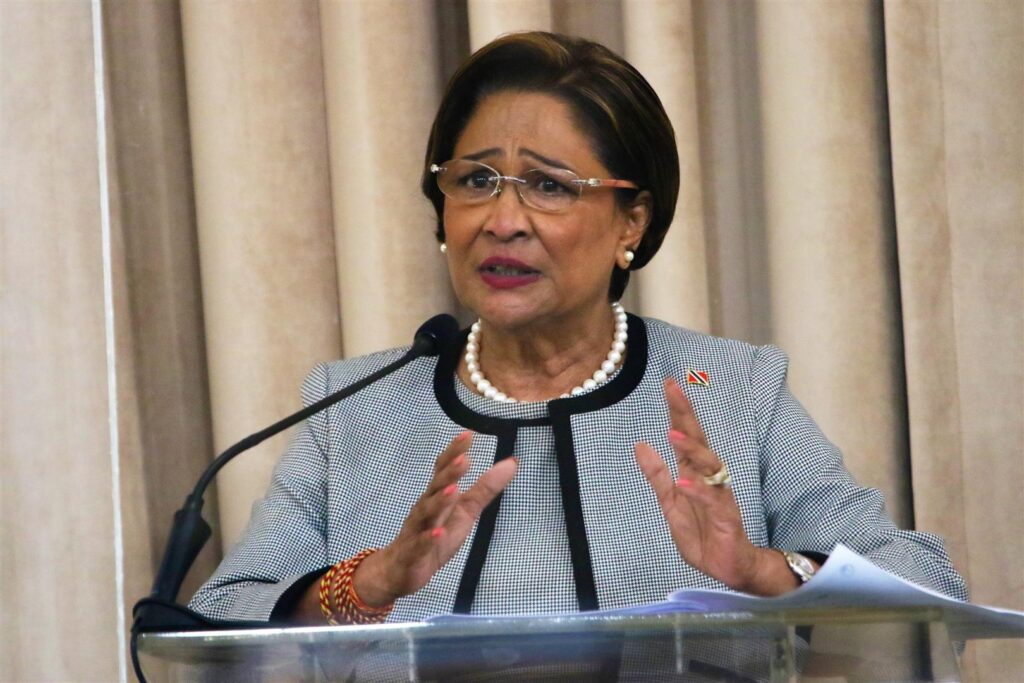 After coming in for a barrage of criticisms over recent statements made concerning a special meeting in relation to Attorney General Reginald Armour, Opposition Leader Kamla Persad-Bissessar has clapped back and has now criticised a media release issued by the Law Association of T&T (LATT).

In a media release on Friday, the LATT called Persad-Bissessar to withdraw her statements concerning the recent vote on a no-confidence motion against the Attorney General.
LATT, in the media release, described her comments as “disappointing” and a “censorious and unwarranted attack.”

However, in a release on Saturday, Persad-Bissessar said the LATT issued this release even though its president, Sophia Chote, publicly stated that the organisation would not be commenting.

a) What accounts for this U-turn?

b) How many members were consulted prior to the issuance of this self-serving release. Was there wide consultation with members or was consultation restricted to fragile grovellers only?

c) Is this U-turn because of my comments pointing out the failure of some to disclose serious conflicts of interest as recipients of state board appointments and/or multimillion-dollar state briefs have bruised fragile egos?

She said the fact that many attorneys are afraid to publicly express their views on this matter speaks to the ‘unacceptable culture of secrecy” that is being propped up by some “self-serving and grovelling members.”

She reminded the LATT that the motion of no confidence was not a simple motion against a member or simply pertaining to members’ business but was related to one of the highest office holders in T&T based on facts regarding his conduct while undertaking actions on behalf of the state.

She added that it is her duty as Opposition Leader to comment on the matter.

“The public has a right to know that the AG’s lying was defended by some attorneys with ridiculous and puerile statements,” she said

She also made allegations against those who supported Armour.

“Many who grovelled in favour of AG Armour (and there is no dispute that they have a right to so do) failed to disclose that they were in receipt of large state briefs and/or state board positions. They did not refute the actual evidence presented against disgraced AG Armour regarding his lies,” she said.

She also called on the LATT to release the transcripts of the special meeting to the public.

“Failure to do so will only do damage to the organisation in the eyes of a discerning and educated public.”

“Attorney General Armour may feel he can rely on the protection of his friends in the inner bar to shield him from public accountability, but he would be severely mistaken. As his disqualification in a Miami court has shown, he cannot hide from the truth,” the media stated