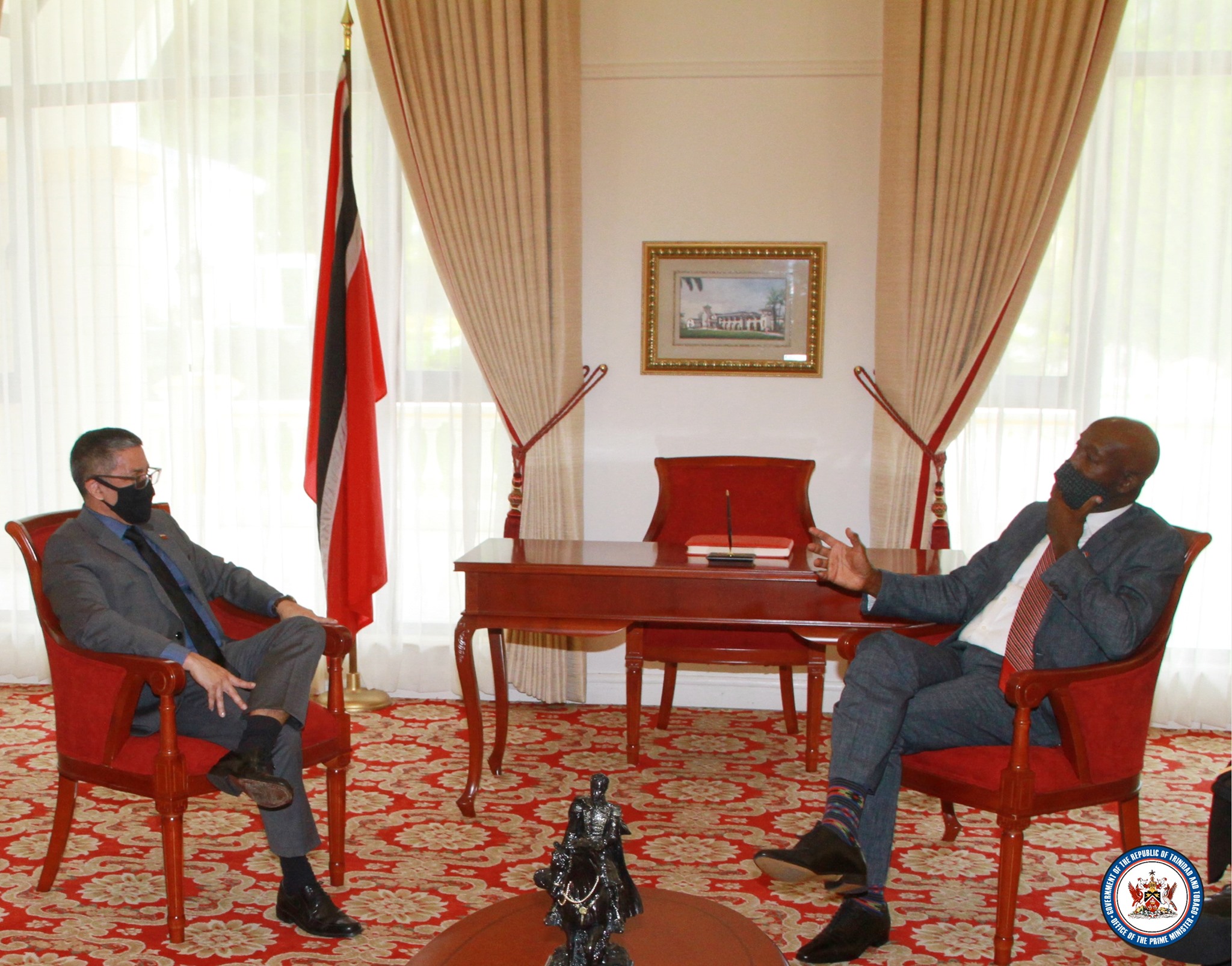 PM dismisses Opposition complaints over his meeting with Venezuela’s Ambassador

Prime Minister Dr Keith Rowley has yet to reveal any further details of his meeting with Venezuela’s Ambassador. However, he is not about to let the criticism of said meeting get to him.

The Opposition has slammed Rowley for hosting a meeting between himself and Venezuelan Ambassador Carlos Amador Perez Silva. They stated that it was “a diplomatic faux pas” with Naparima MP Rodney Charles saying that the meeting should have been initiated by the Minister of Foreign and Caricom Affairs, Dr Amery Browne.

Rowley met with Perez Silva on Monday and in a release, the Office of the Prime Minister said the meeting focused on “issues related to national security, immigration and covid19.”

When the question was posed at the press conference on Wednesday, Rowley said, “It’s all in a day’s work, eh.
“Because the government of TT is required to talk to the Government of Venezuela, and all other governments for that matter, and those for whom that is a problem, their head just hard. They’re not learning.
“The African Caribbean (and) Pacific (Group of States) study on TT made a specific recommendation – as if we needed that – to tell us that to manage this migration problem between us and Venezuela, that we are to be in constant communication…Yet we have people in here telling us, ‘Don’t talk to the Venezuelan authorities.'”
He did not give any further details of the meeting.

The EU is Discussing Reopening its External Borders 0