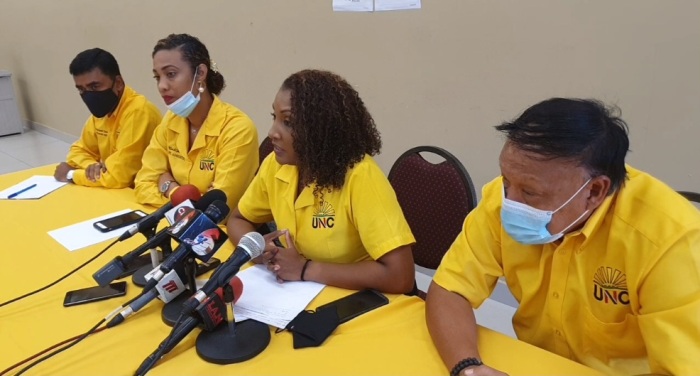 On top of its Virtual Monday night events, the United National Congress (UNC) has announced that they will be hosting weekly media conferences on Sunday.

The party, via a release this morning, said “We find this necessary to do because Dr. Keith Rowley and the PNM have severely weakened the Parliament as an institution to be the voice of People. They have perverted its role and function, and we believe altered the Standing Orders unconstitutionally.”

It said “In particular, Dr. Rowley and the PNM have also weakened the Opposition’s role in our system of Parliamentary Democracy in a very dangerous way. This is an obvious attempt to create an elective dictatorship, in which they have no Opposition whatsoever.”

The UNC said “We, as the Official Opposition in the Republic of Trinidad and Tobago will not let Dr. Rowley and the PNM get away with this dastardly plot. We will raise our voices in every forum, in and outside of Parliament, in order to represent the more than 309,000 persons that voted for us, and give an effective voice to all those persons who did NOT vote for the PNM to be our Government. This is the way the system of Parliamentary Democracy is supposed to work.”

Loading...
Newer Post
Harris to resign her Senate seat ahead of inauguration
Older Post
Arima man hospitalised after he was shot and his home set on fire

Gary: “No one in the police service knew of Marlene’s arrest” 0