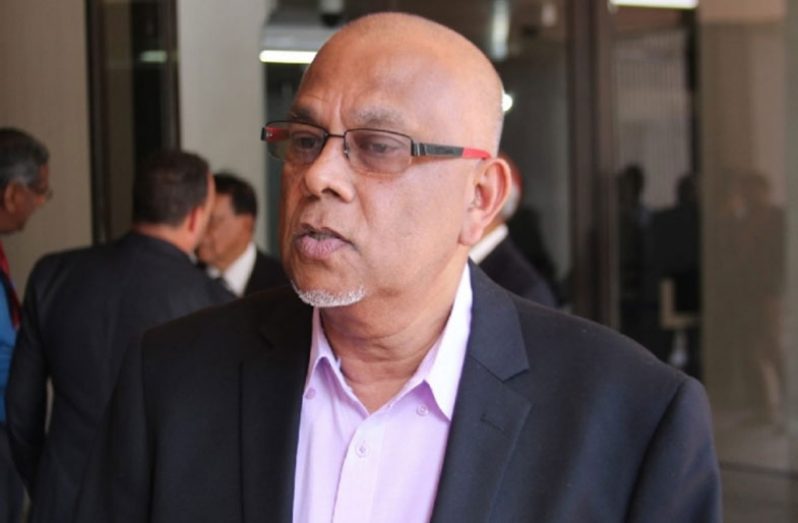 Local Cricket Board seeking gov’t approval for cricket to resume

The Trinidad and Tobago Cricket Board (TTCB) has written to the Minister of Health, seeking Government approval for cricketers to return to action.

In a media release on Thursday, the TTCB said that it is cognizant of the seriousness of the Covid-19 Pandemic’s threat to public health and the necessity to strictly adhere to the established Government Protocols.

However, the TTCB stated that it has also come up with a code of conduct for its affiliated clubs which is in line with all necessary practices adopted by the local health authorities.

TTCB president Azim Bassarath said pending the go-ahead from the MOH, the TTCB hopes to bowl off its 2021 season on January 6m with a national 50-Overs competition which will usher a packed 2021 program of events.

This 50-overs tournament is especially important as the national cricketers try to get as much preparation for the Cricket West Indies Super50 Cup which is to be played in Antigua & Barbuda from February 4 to the 27.

Next up will be Under-23 Inter Zone Tournament scheduled to get underway on January 29 and for which permission has also been sought from the MOH.

The TTCB also announced that in deference to the Covid-19 Pandemic, the National League top tier competition will be staged in only two formats with the Sunday League 50-Overs series bowling off on March 7.

The finals in both divisions will be contested on consecutive days, April 24 and 25 at the Brian Lara Stadium in Tarouba, San Fernando.

The T20 tournament will commence on May 2 in the Premiership 11 Division at various venues across Trinidad. The Premiership 1 division will be played in a festival format starting on May 20 with the final carded for May 29. The top Premiership 11 clubs will join the festival from the semi-final stage.

Starved of cricket since last year, and quarantined at home when schools were shut down because of the Covid-19 Pandemic, the TTCB hopes that the Under-15s can start their inter-zone competition on February 17, with the Under-19s slated to get going on March 24.

The senior North/South Classic is scheduled to be played over four days from March 25 to March 28 at the Brian Lara Stadium in Tarouba.

In the coming season, the TTCB plans to introduce an Under-16, and Under-19 four-team tournament similar to the U23s and the senior 50-overs tournament when the best young cricketers across the nation will lock horns in the U16, U19, U23 and senior level for the first time in the history of TTCB.

The Under-16s will hopefully start on March 31 and the Under-s19 will get going on July 2 while the Under-13s will be engaged in July /August after the SEA exam on June 10.

The TTCB has also penned in a six-team Franchise Tournament for June 24 to July 3 at the Brian Lara Stadium.

And, they have been given host status on behalf of Cricket West Indies for three rounds of the Regional Four-Day Tournament for all six territorial teams in April/May.

T&T is also carded to host Pakistan for a four-day First-Class match against a representative team at the BLS in Tarouba followed by two Test matches at the Queen’s Park Oval, in Port-of-Spain and two T20s at Tarouba on August 14 and 15.

Bassarath stressed that all cricket must get the necessary approval from the MOH before the TTCB can kick start any of the planned domestic tournaments.