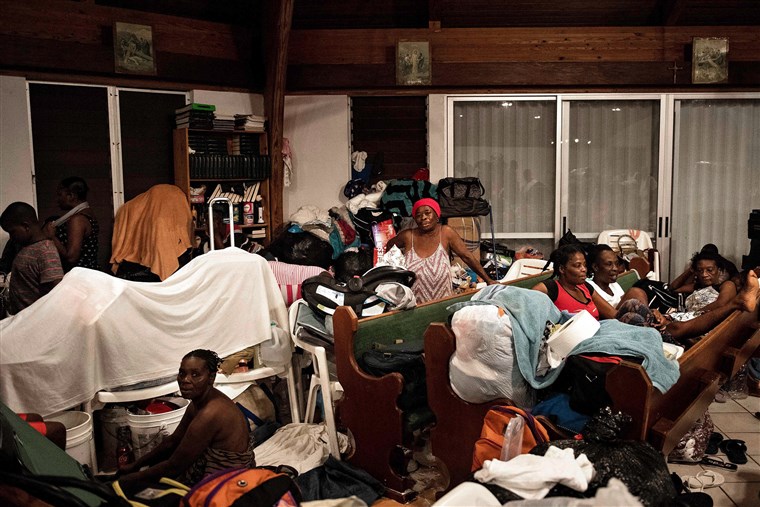 Almost one month after Hurricane Dorian devastated parts of Abaco and Grand Bahama, Minister of Immigration Elsworth Johnson stated last night that all undocumented migrants in shelters will face deportation, noting that the facilities will not be used “to circumvent the law.”

“…If you’re in a shelter and you’re undocumented and you’re not here in the right way, you’re still subject to deportation and the enforcement of the immigration laws,” Johnson told The Nassau Guardian.

He added, “Most certainly, those shelters will not be used as a mechanism to circumvent the law. The government of The Bahamas fully appreciates that we are a country of laws. We’re governed by the rule of law.

The minister said migrants who have no legal right to be in The Bahamas face deportation regardless of which part of the country they are in.

“Now, I would like to say that the hurricane has now gone,” Johnson said. “And so, immigration officials are no longer being utilized to rescue persons or in a humanitarian way and so to the extent that anybody would find themselves anywhere in The Bahamas, including Freeport and Abaco and they’re undocumented and they’re found, they will be apprehended and the law will take its course.”

Johnson said he has instructed the director and immigration officers “to protect the borders of The Bahamas and to enforce the immigration laws without fear, favor or ill will.”

Among the areas most impacted by Dorian were shantytowns on Abaco, home to a significant migrant population.

Thousands of people were evacuated from Abaco and Grand Bahama after the storm. Many of them are now in New Providence in shelters.

The minister’s declaration is a direct contrast to comments he made less than two weeks after the storm.

On September 10, Johnson said the government had indefinitely suspended the deportation of migrants from areas impacted by Dorian – the strongest hurricane to ever hit the northern Bahamas.

“Having regard that we’re now facing a humanitarian crisis, the government is making the decision that those immigration policies or enforcement measures be suspended forthwith in the affected areas – that’s the Abacos and Freeport, Grand Bahama,” he said.

“Why I say we were extremely careful because the notice sent out does not include islands like Inagua, Cat Island and San Salvador, Long Island, whatever have you, we still have the constitutional right to safeguard our borders.”

On September 23, Prime Minister Dr. Hubert Minnis told reporters, “As a government, we’re thinking about new policies, but you must remember the government has not stopped repatriation.”

He continued, “Individuals who enter our shores illegally will be repatriated. That’s our laws, that has not stopped. These particular individuals were brought here by the government [and] they’re under the protection of the government.”

The illegal immigration issue has also been a hot topic of discussion on social media in the wake of the storm.

In a recent Facebook post, Bains and Grants Town MP Travis Robinson wrote, “My position on immigration is very clear. If they are illegal send them home immediately. If they are legal to give them their papers and regulate them into the system so they can pay their fair share of taxes too.

“We cannot take Bahamians’ hard-earned taxpaying money and sympathize with those who broke our immigration laws in the name of humanity. What will be left for Bahamians? Who will sympathize with us? We owe an obligation to the Bahamian people to ensure that their livelihood is our utmost priority.”

Police arrest 10 for liming on beach in Mayaro/Manzanilla 0