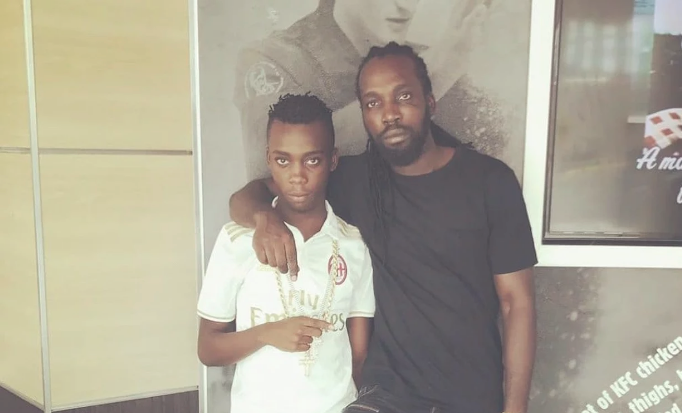 The 18-year-old, who has been on trial for murder, firearm, and arson for the past two weeks, was found guilty of murder by a Circuit Court judge on Wednesday, January 27.

Dante Brooks was also found guilty of arson and illegal possession of a firearm, all of which carries life in prison. This latest development means that it’s highly unlikely that Mavado’s son will be released from behind bars anytime soon.

The younger Brooks was arrested in June of 2018 along with his co-accused Andre Hinds, who was also found guilty of murder. According to law enforcement officials, the two men killed Lorenzo Thomas, aka Israel or Chulups, on June 5, 2018, mere days after Thomas was allegedly involved in a shooting incident with Mavado. Urban Islandz reported that the dancehall legend was shot at in the community he grew up, Cassava Piece, in Kingston. Mavado fled the scene of the shooting on foot following a rain of bullets. Sources say he later turned up at the Constant Spring police station.

According to police, Mavado’s son, Dante Brooks, Andre Hinds, and others kicked in Thomas’ door at his home in the early morning hours of June 5, 2018. Detectives say the men proceeded to shot and chopped Thomas to death. His head was almost severed in the gruesome attack. As if that wasn’t enough, the men reportedly set Thomas’ house on fire with his body inside.
Police say they retrieved text message evidence that Dante Brooks allegedly sent to his associate that the boss wants Thomas’ head. “Memba di boss want him head,” the text message reads.

Police also attempted to arrest Mavado, but he had already fled the island to the United States, where he is a legal permanent resident. Mavado has been in Florida since then and has not returned to Jamaica even after cops hinted that they will try to apply for extradition.
Now that his son has been found guilty, it’s unlikely that Mavado will return to Jamaica anytime soon, fearing he would either be arrested or killed in retaliation for Lorenzo Thomas’ murder.

Loading...
Newer Post
PASTOR Paid Teenage Boys to Have Sex With His Wife, While He Watched
Older Post
Gary Griffith III picked for 24 man TT squad to face US in Int’l Friendly