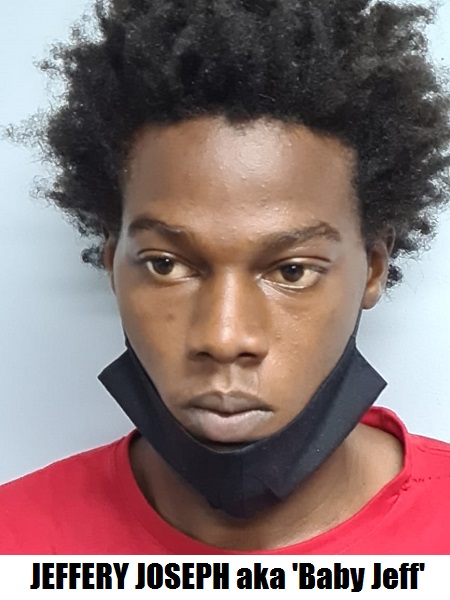 Detectives at the Port-of-Spain Criminal Investigations Department (CID) believe they have made inroads into an online robbery ring following the arrest of another suspect.

JEFFERY JOSEPH aka ‘Baby Jeff,’ 24, of Calvary Hill, East Dry River, Port-of-Spain, who police believe is the main suspect in a series of reports of online scams and robberies, was charged yesterday with robbery with aggravation and robbery with violence by WPC Pascaul Medina and PC Cuffie, respectively.

JOSEPH is expected to answer to the charges when he appears virtually at the Port-of-Spain Magistrates’ Court on Monday 26th July, 2021.

JOSEPH is the sixth suspect to be arrested and charged in the Port-of-Spain Division in connection with these types of online robberies.

Five others were charged in April 2021.

He was arrested on July 22nd following a joint exercise by CID detectives and specialists attached to the CID Analytical Unit who were investigating the circumstances in which unsuspected buyers were lured by a seller on several Facebook marketplaces.

These incidents are reported to have occurred in February and July 2021 in the Central and Besson Street Policing Districts.

According to police reports, potential buyers responded to what was later learned to be fictitious online advertisements and directed to unfamiliar locations.

Once there, police were told, they were robbed of their property and cash.

With the use of special technology, detectives were able to locate the suspected seller who was later positively identified by those who were allegedly robbed of their possessions.

Within the last few months, the Crime and Problem Analysis (CAPA) Branch has issued several bulletins to citizens warning them of this online thread of scams and robberies.

The Trinidad and Tobago Police Service (TTPS) therefore is reiterating that persons should conduct transactions through legitimate and reputable businesses and online retail sources.