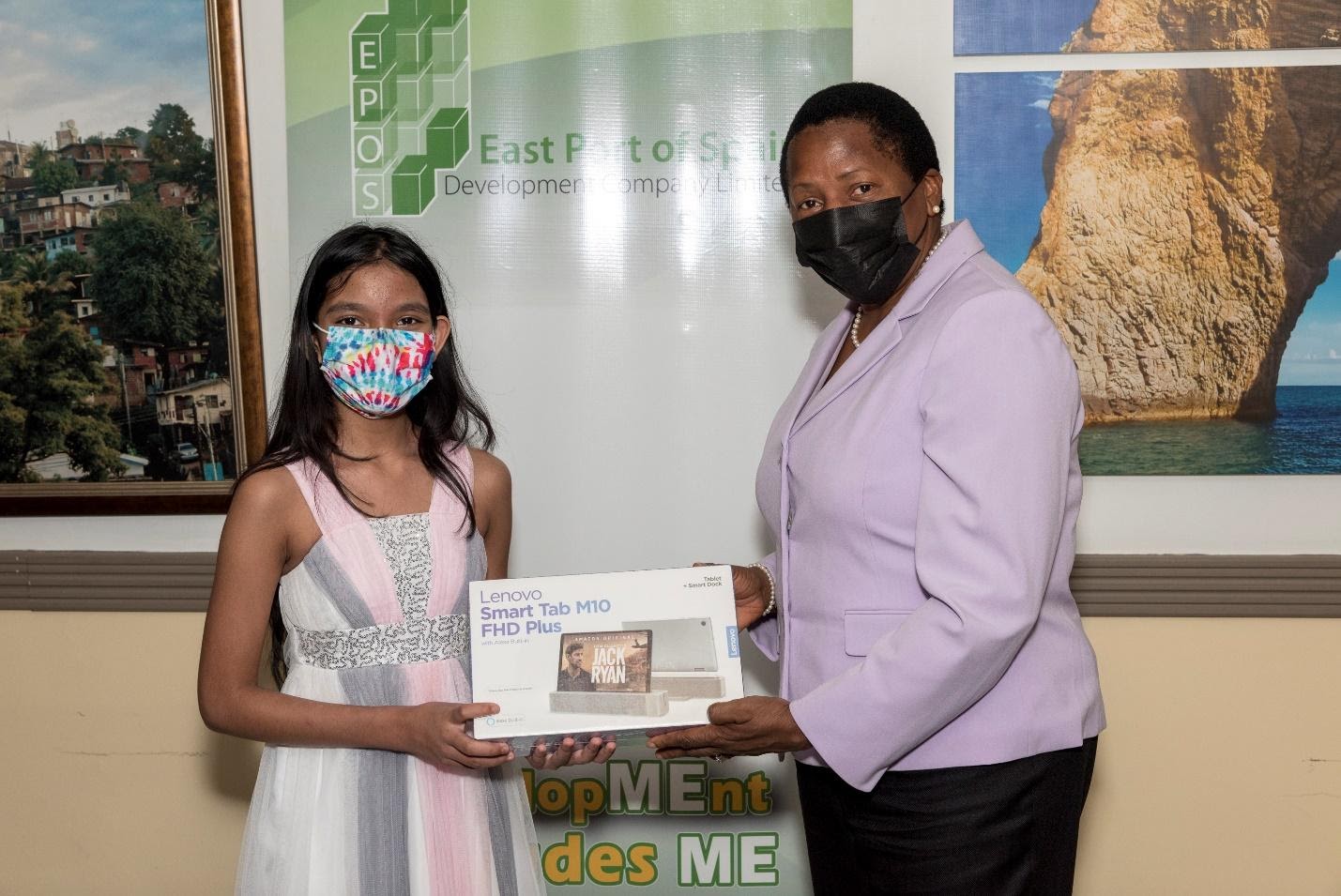 The Minister of Housing and Urban Development, Pennelope Beckles attended a handing over ceremony of computer devices, which was held at the office of the East Port of Spain Development Company Limited (EPOSDC).

The presentation was made to the Principal and a student representative of the Beetham Excel Primary School. 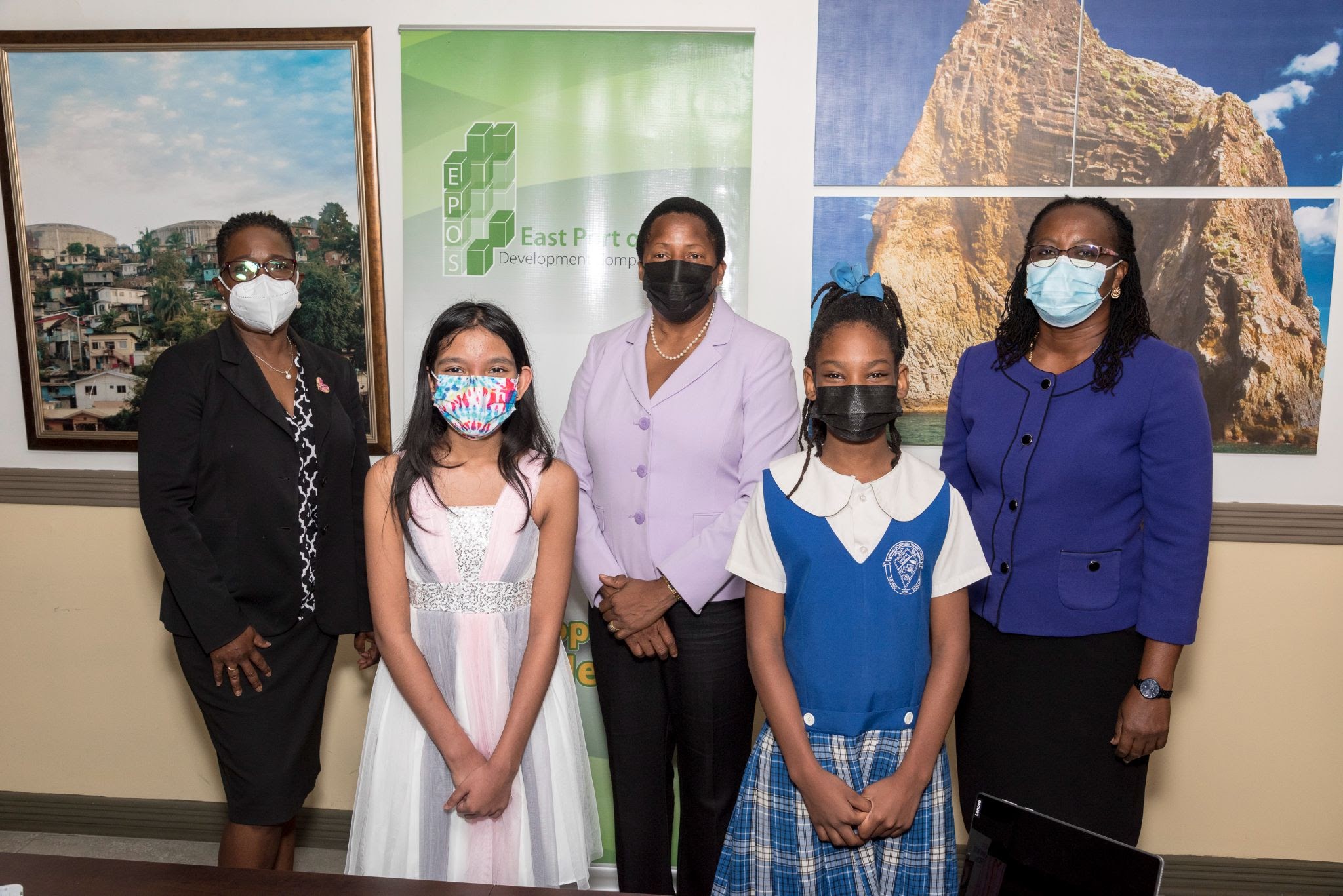 The East Port of Spain Development Company Limited had made a similar presentation in October, 2020 which was aired on national television and viewed by Christyana.  Christyana then selflessly encouraged her dad Dave to make a similar donation to the school, as she wanted the students to have the same learning opportunities that she enjoyed. 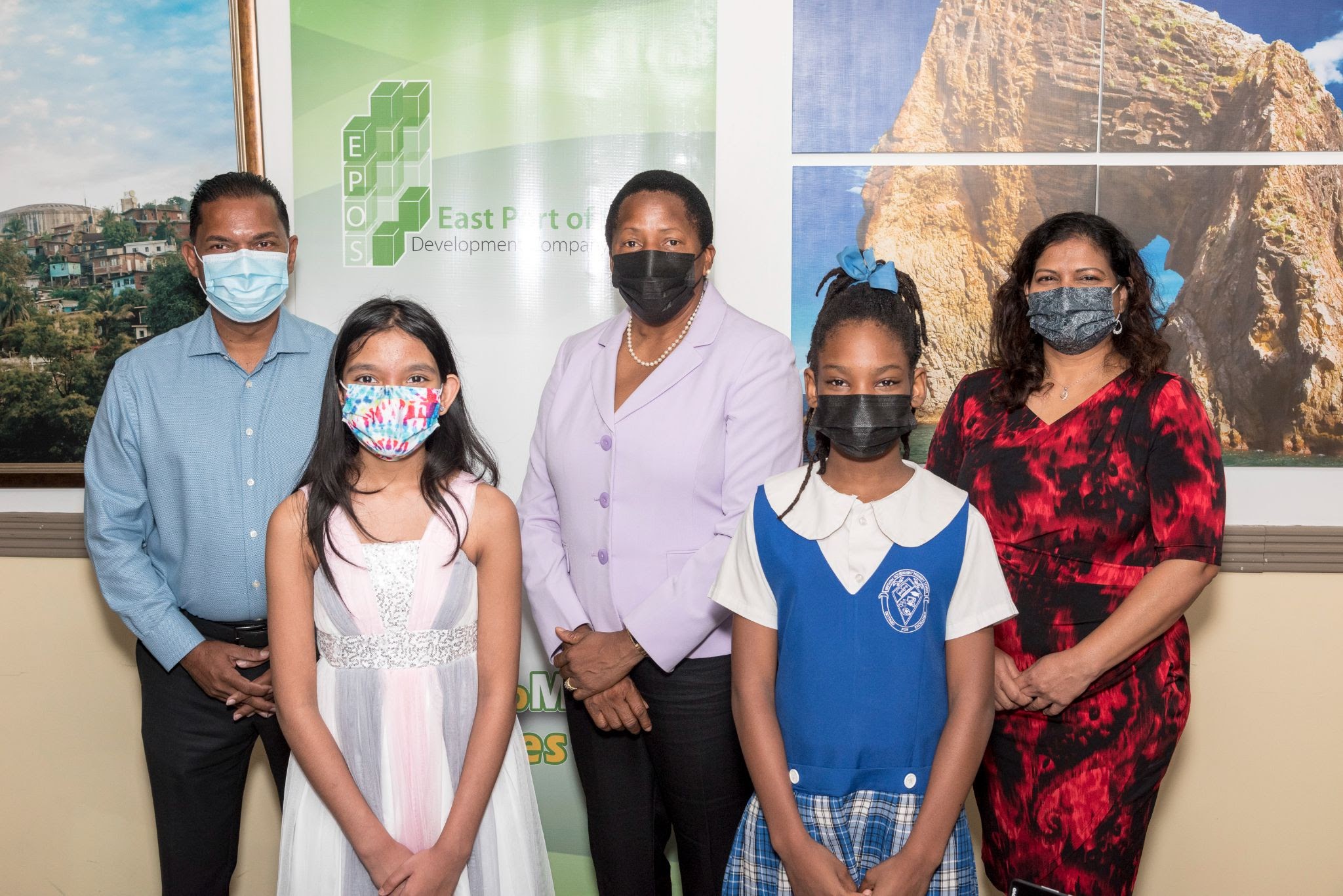 The restrictions of the pandemic delayed the process of procuring the tablets, and it was not until June of this year that the Singhs’ finally received them. They then communicated their desire to offer the devices to the school and requested that EPOSDC facilitate the presentation.

Minister in the Ministry of Housing and Urban Development, Adrian Leonce and Dr. Deborah Thomas-Austin, Managing Director of EPOSDC, Dave and Christyana Singh and Ms. Anne Antoine, Principal of Beetham Excel Primary School, were also present at the handing over ceremony.

Messi in tears as he bids goodbye to Barca, says no agreement made with PSG 0