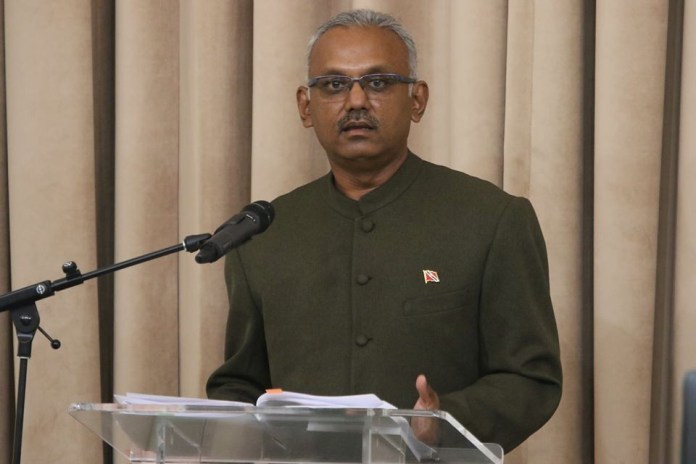 Indarsingh questions PM’s leadership on COVID; wants all Cabinet and OPM staff to be tested

Couva South MP Rudy Indarsingh has expressed concern with the announcement that Prime Minister Dr. Keith Rowley has tested positive for Covid-19 and is in isolation.

In a statement to media, Indarsingh said that “Firstly, one would have assumed that the Government’s Covid 19 plan would have made us, especially the Prime Minister, safer from Covid19, obviously that is not the case.”

He said “Despite the fact that our borders remain closed, we have seen the Prime Minister contract Covid19 amidst a recent spike in the number of positive cases.
This strongly suggests that the continued closure of our borders are not a safe proof measure in the fight against Covid19, and continue to be economically, socially and politically counter-productive.”

“The Prime Minister’s positive test results point towards the question of the Prime Minister’s whereabouts. It is noteworthy that Dr. Rowley was neither in the Caroni nor the Victoria district, but has been spending time in Tobago where two police officers were recently tested positive. Coupled with the recent influx of persons in Tobago over the Easter weekend, there are not legitimate concerns regarding the spread of the virus in Tobago.”

Indarsingh said “Dr. Rowley must now mandate that his Cabinet and staff at the Office of the Prime Minister be tested for the Covid-19 virus.
We must recall that recently Attorney General Faris Al Rawi was seen participating in an arm wrestling competition on social media, with no social distancing and wearing no masks, in complete disregard for the legal Covid-19 protocols laws that he himself made.
Additionally, we must also recall the harrowing scenes emerging from a PNM rally ahead of the THA election earlier this year, in which PNM supporters were seen dancing and prancing at each other with no social distancing and no masks.”

He added “We must now seriously consider whether Dr. Rowley’s leadership is indeed effective, and whether his Government are relevant in the fight against Covid-19, and its evolving dynamics.

Health Minister: Gov’t Has No Intention Of Implementing A Mandatory Vaccination Policy 0