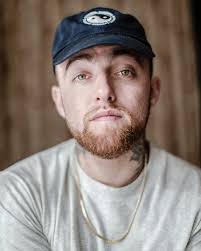 The man who prosecutors are accusing of indirectly supplying the late rapper Mac Miller with laced drugs, has pleaded guilty to fentanyl charges.

According to court documents obtained by TMZ, Stephen Walter has entered a guilty plea with the federal authorities on one count of distribution of fentanyl.

His other charge of conspiracy to distribute a controlled substance was dropped.

Chinese Ambassador confirms 800,000 Sinopharm vaccines due in TT next week 0