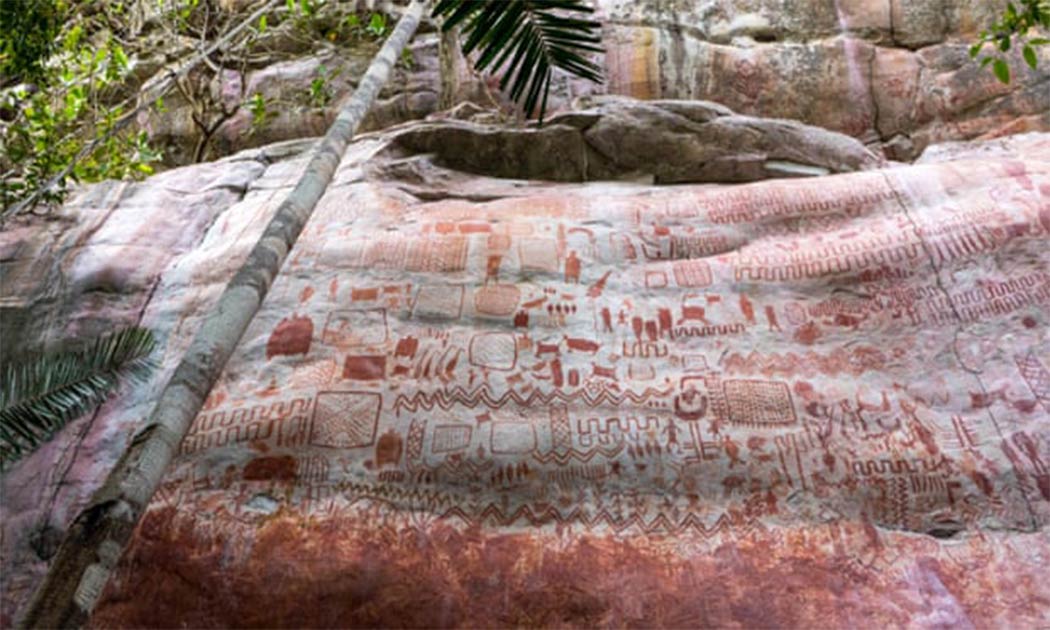 A team of British and Colombian archaeologists reported having discovered tens of thousands of rock paintings in Colombia that are believed to have been created around 12,500 years ago.

Stretching over eight miles of cliffs, the find has been hailed as the “Sistine Chapel of the Ancients”. The immense size of the find means that it will likely take generations to fully study, reported The Guardian.

The age of the drawings is estimated by what is depicted, such as a long-lost relative of the elephant called the mastodon which has not been in South America for at least 12,500 years, according to the British newspaper, which added that other ancient animals like the paleolama, giant sloths and ice age horses are also depicted.

The drawings, located in the Serranía de la Lindosa, an extremely remote area where other cave paintings have previously been discovered, were first discovered last year but have been kept secret until now, noted The Guardian. In order to reach the site, team members had to drive two hours out of San José del Guaviare before making a four-hour trek to the scene.

“The new site is so new that they haven’t even given it a name yet,” archaeologist and documentary filmmaker Ella Al-Shamahi said, according to The Guardian.

“We have started to see animals that are now extinct,” added project leader José Iriarte, professor of archeology at the University of Exeter and specialist in Amazonia and pre-Columbian history. “The images are so natural and so well done that we have little doubt that you are looking at a horse, for example. The Ice Age horse had a wild, heavy face. It’s so detailed that you can even see the horsehair. It’s fascinating. “

Iriarte is also said to have said that the drawings, which appear to show smaller groups of figures raising their arms around animals, could be worship representations.

“For the Amazonian peoples, non-humans like animals and plants have souls, and they communicate and engage with people in a cooperative or hostile manner through the rituals and shamanistic practices that we see represented in the rock art, ”Iriarte said, according to The Guardian.

Iriarte further explained that this finding was important for his portrayal of megafauna, as it indicates how drastically the region has changed over the past eons. The animals depicted in the drawings could not have lived in a tropical forest. When they existed, the region would have been more “savannah” according to Al-Shamahi.

Iriarte says there are probably more paintings waiting to be found. “We’re only scratching the surface,” he says.

Payge Turner does it again; now on to the live round 0