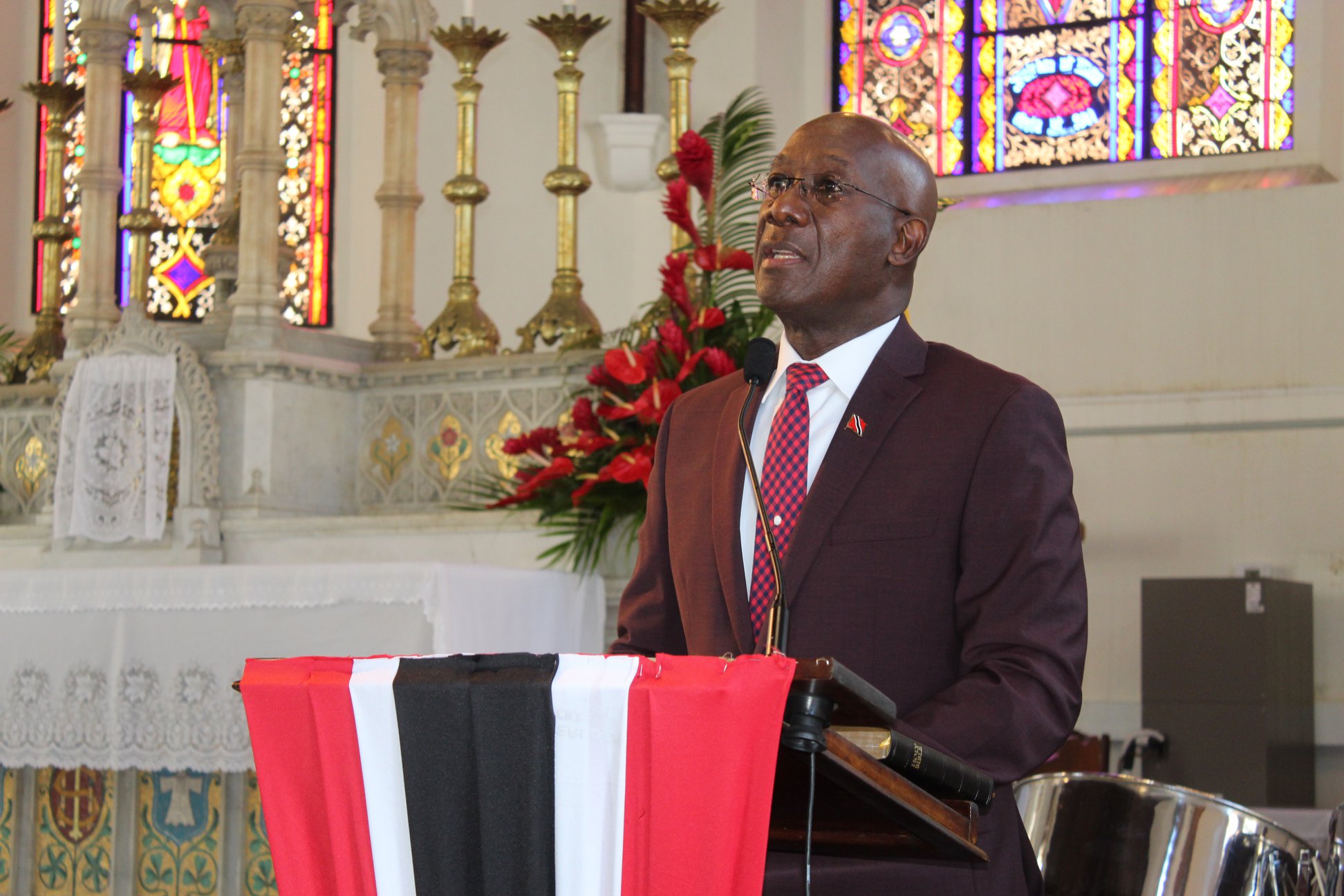 Dr. Rowley wants citizens to be their brothers’ keeper in his Good Friday message

Prime Minister, Dr. Keith Rowley in his Good Friday greetings to the Christian community said that God urges us every day, to have a genuine divine communication with God.

Dr. Rowley wrote “since the fourth century, the Christian community has recognised, on its calendar, the crucifixion of Jesus Christ, whose life on this earth was inspired by the Holy Spirit.”

Christ’s messages, according to the Bible, brought the world a new consciousness; in every one of His messages, He cited living examples on how we, humans, should live in a divine union with God, and, significantly, how we should show respect for each other, if we are to continue to survive on this planet.

To the poor and the vulnerable, Christ gave hope telling them, have faith, the kingdom of God is theirs; to those in sorrow He said they shall be consoled. He told the lowly they will inherit the land. Those who hunger and thirst for righteousness will have their fill. Mercy will be given to those who show mercy to others.

Blessed too are the peace makers, for they will be called sons of God and those persecuted for holiness sake, the reign of God is theirs. Blest are those they insult, persecute and utter every kind of slander against because they are His followers. Overall, they should all be glad and rejoice for their reward is great in heaven.

Christ was blasphemed for carrying this comforting message. Later He was betrayed on the same night He broke bread with His disciples then denied by one of them.

Today, the Christian community recounts the story of Good Friday; His last supper with His disciples, His arrest by Roman soldiers, His gruesome torture and how He was made to carry the cross on which He was eventually strung.

Public humiliation and death by crucifixion was the final reward for this messenger of God.

All of the events leading up to the crucifixion of Christ speak volumes as to the character of the man.

There are many lessons to be learnt from the life of Christ; Lessons of Love, Perseverance, Faith and Hope.

Let us today transform our love of self, our love of family, and country and be motivated just like Christ and persevere in the face of our current difficult situations.

Let us determine that whatever challenges we confront they will not deter us, as citizens, from seeking a divine union with God and our obligations to our nation.

The past year has brought varied challenges such as the COVID-19 pandemic and economic shocks felt across the world and our country.

The consequences have been felt at every level; they have meant, for instance, a reduction in Government and private sector revenue, and on the other hand a forcible increase in billions of dollars in unplanned expenditure to ease the pain of the vulnerable, through Government-led social programmes.

Sadly, there was also the loss of some 145 lives due to the pandemic, and signals of notable increases in various forms of socio-psychological illnesses, including incidents of violent crime, including domestic abuse.

When Christ faced the many challenges, in spite of His public humiliation, the pain and torture He faced, He persevered to His end, knowing that victory was in spreading His message, which is alive across the world today.

Let us recognise that many among us have lost their way, and need to find a path back to a spiritual life. Let us, on this Good Friday, as Christ called upon us, be our brothers’ keeper. Let us resolve to help our brothers and sisters find the path, which Christ set out for us all.

Let us pay spiritual attention to His messages of Faith and Hope, as we pray for a united Trinidad and Tobago.

Have a safe and reflective Good Friday.”