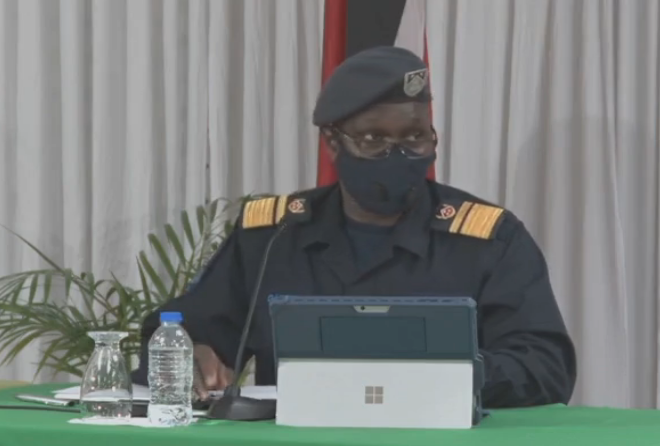 Chief of Defence Staff, Air Commodore Darryl Daniel, has reiterated the call by Commissioner of Police, Gary Griffith, that citizens need to come out and speak in relation to the illegal entry of Venezuelan nationals.

During yesterday’s National Security press conference. Daniel said: “There is a network that is facilitating this and I would employ the media and the general public to work at that challenge because these citizens of ours who are facilitating that are putting us, the other citizens and themselves in danger.”

He added, “Because somebody facilitated into being trafficked into the country does not wear a badge that tells you ‘I have COVID, I have TB, I have anything, and they now come into our system, we don’t know that they are in the system or bringing whatever they might be bringing or not bringing as the case may be.”

He said while there was a humanitarian aspect involved in some cases, it was the business of the authorities to put things in place to protect the country’s legitimate citizens first.
He reiterated Griffith’s call to the citizenry to come forward and speak out.