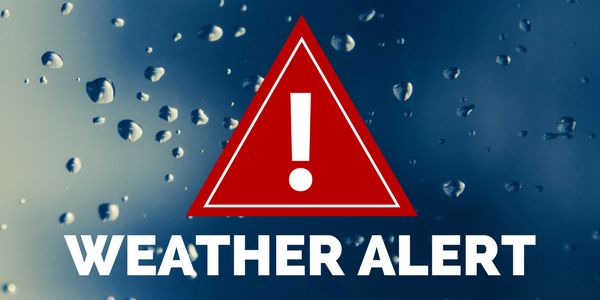 The Meteorological Service has issued it Adverse Weather Alert #2, Yellow Level, which it says will be in effect until 6pm today.

This is due to a very active Inter-Tropical Convergence Zone, producing widespread showers and thunderstorm activity with associated downpours and gusty winds across Trinidad.

The Met Service says street flooding and localized flooding will continue. Landslides and landslips are also possible in areas so prone. Smaller watercourses are near threshold capacity but major rivers continue to be contained at this time.

It says river levels are approaching threshold values in some parts, especially along the Caroni River basin. Some smaller watercourses have already reached and in some cases, exceeded their carrying capacity leading to flooding in some areas. Any additional rainfall together with runoff from earlier rainfall will to continue to elevate levels in major rivers.

The populations is being urged to monitor weather conditions and river levels before venturing out. Avoid areas with flood waters. Monitor updates from official sources and plan safety measures, including emergency supplies of food and water. Follow the instructions of government officials. More information: www.metoffice.gov.tt/ ; www.odpm.gov.tt