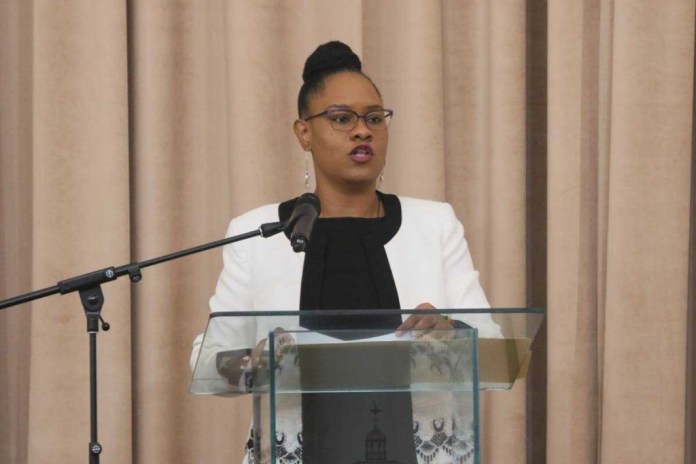 First of its kind National Child Policy laid in parliament

Minister in the Office of the Prime Minister, Ayanna Webster-Roy, has tabled a National Child Policy in Parliament, which seeks to ensure the positive development and well-being, best interests and empowerment of all children.

Government’s first National Child Policy was laid in the Parliament as a White Paper, which according to Parliament, is “A document tabled in the House presenting Government policy in a given area. It may contain legislative or administrative proposals on which the Government intends to act.”

The first of its kind in the country and the Eastern Caribbean, this Policy is a signpost that child protection and development is of utmost importance to this Government and this country.

Webster-Roy said it marks a great victory for the nation’s children and our nation’s future.

She said the white paper includes an implementation plan which outlines the responsibilities of all stakeholders.’

The Policy is grounded in EIGHT guiding philosophies and sets out SIX outcomes for children, i.e. Children are i) loved ii) valued; iii) nurtured; iv) protected; v)empowered; and vi) supported.

Once these strategic objectives are implemented and areas of focus emphasized and invested in, it is envisaged the vision of this policy will be achieved which is for “All children to be happy, healthy and confident that their rights are respected, protected and promoted to facilitate their holistic development towards achieving their fullest potential as constructive members of society now and in the future.”

Former OnlyFans escort admits she was born with two vaginas 0