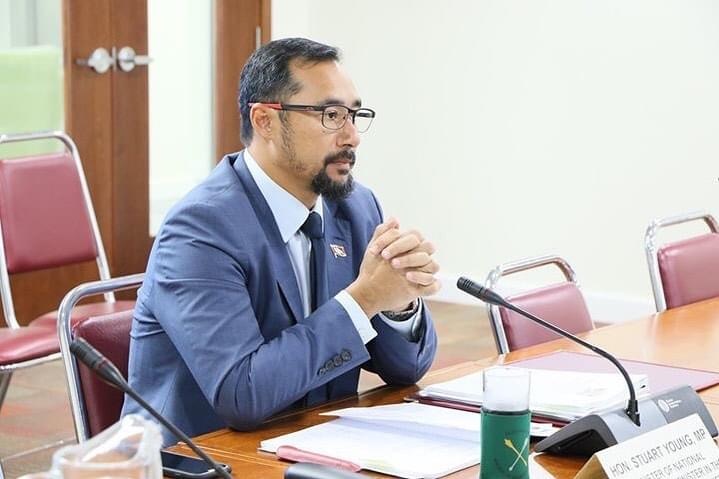 Minister of National Security and Minister in the Office of the Prime Minister, Stuart Young, is hitting back at the United National Congress saying “usual and expected UNC mischief” regarding a recent Arouca/ Maloney virtual meeting.

Minister Young said on Monday 8 March 2021, he accepted an invitation to address the Constituency of Arouca/ Maloney via a virtual meeting.

This after he was being accused of pledging to follow up on an exemption request made by a woman.

“I addressed a number of issues raised at this virtual meeting over a period of just about two hours,” said Minister Young.

“It has been drawn to my attention, that the UNC and its supporters, are circulating a video clip of a question asked of me during the course of the virtual meeting, where an individual participating in the said meeting, used the opportunity to ask me about her application for an exemption to enter Trinidad and Tobago.”

“I am approached by hundreds of persons requesting that consideration be given to their applications for exemptions to enter Trinidad and Tobago. These personal approaches are made via email, text messages, WhatsApp messages, pre-action protocol letters, letters (including letters from Members of Parliament, both the UNC and the PNM), telephone calls and even physically stopping me in public and making such requests for exemption to enter Trinidad and Tobago.”

Minister Young said “as has been stated from the first day that our borders were closed, every request for exemption to enter Trinidad and Tobago is considered on a case by case basis.”

“This particular incident, where a request was made of me, for an exemption to enter Trinidad and Tobago, in the said virtual meeting by a person, is no different to the hundreds of requests made of me and has received no different treatment. In fact, to date, this particular application (request) has not been approved.”

”Accordingly, once again, I am compelled to reject the mischief and desperation of the UNC and to reassure the people of Trinidad and Tobago, whom I serve, that I stay true to my oath of office. I will continue to do my best to serve the population of my beloved country.”

TTPS obligated to investigate all tips shared on Social Media 0