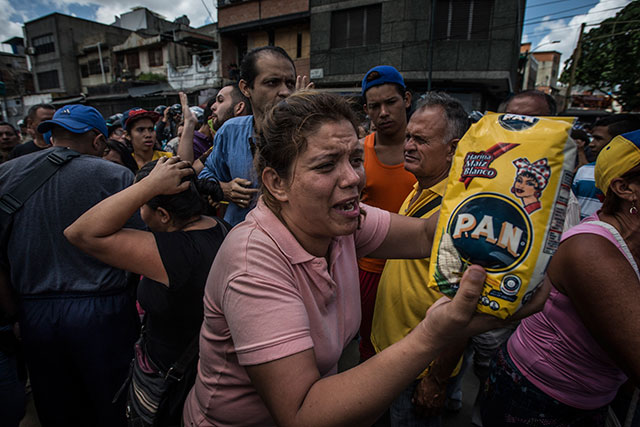 According to people familiar with the matter, there have been reports that the process to bring food aid allotted for Venezuela by United Nations (UN) has been stagnant because Prime Minister Nicolas Maduro insists on controlling its distribution.

The agreement that was negotiated eight months ago, would permit the World Food Program (WFP) of the UN and international aid groups to bring much-needed food to the country, where one in three people are currently suffering from malnutrition even before the COVID-19 pandemic, and due to increased US sanctions and fuel shortages.

WFP Officials have said, “We have been discussing with the government of Venezuela about the way forward to provide assistance to those who suffer from food insecurity in the country.”

The negotiators reached a tentative agreement with the government about two months ago, according to three people with direct knowledge of the talks, who asked not to be identified because the negotiations are private. However, Maduro does not sign.

Maduro wants the national militias to participate in the distribution, while WFP argues that they can only be involved in security, not distribution and delivery.

The decline in Venezuela is unprecedented. With oil reserves greater than those of Saudi Arabia, It was among the two dozen richest countries in the world in the late 1970s. Mismanagement has caused a catastrophe comparable to what is happening in war-torn Yemen.

Hopes were high a year ago when Maduro allowed WFP to conduct an assessment. Researchers traveled throughout the country and produced a report that showed that more than two million people were severely food insecure and another 7 million suffered it in a moderate way, almost a third of the population.

Two months ago, the two parties reached an agreement for distribution through Colombia and they planned to start around this time, according to the people involved in the talks.

Diego Moya-Ocampos, the political risk analyst at IHS Markit, assured that Maduro uses food as a loyalty lever. “It is a kind of blackmail system linked to patronage entrenched in the high levels of government, which include military and private companies that import products,” he concluded.