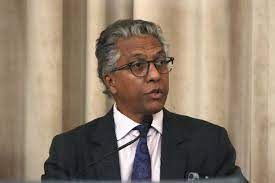 Attorney General, Reginald Armour, is assuring the population in Trinidad and Tobago the rule of law and due process are alive and well and the law must now be allowed to take its course.

This position was contained in a media release by the Office of the Attorney General and Minister of Legal Affairs on Thursday.

It focused on the judgement by the Judicial Committee of the Privy Council which dismissed the appeal of Jack Warner against his extradition to the United States of America.

The Office of the AG said in so doing the Privy Council has affirmed as correct the decision which was earlier made by the Trinidad and Tobago Court of Appeal.

It said in paragraph one of its judgement the Privy Council said Mr Warner, a politician, businessman and former Vice President of FIFA is charged by the prosecuting authorities in the United States of America with various crimes covering a period of more than three decades.

In his appeal before the Privy Council, Mr. Warner argued four issues, the last most significant one being whether there was procedural or substantive unfairness in the procedure leading to the issuance of the Authority To Proceed to enable his extradition, as requested by the USA.

The Privy Council has unanimously determined no procedural or substantive unfairness has taken place preventing Mr. Warner’s extradition to the USA.

The judgement determined further that in dismissing Mr. Warner’s appeal there was no necessity for it to consider any of the constitutional issues raised by Mr. Warner about the relationship between the Executive, the Legislature and the Courts in Trinidad and Tobago.