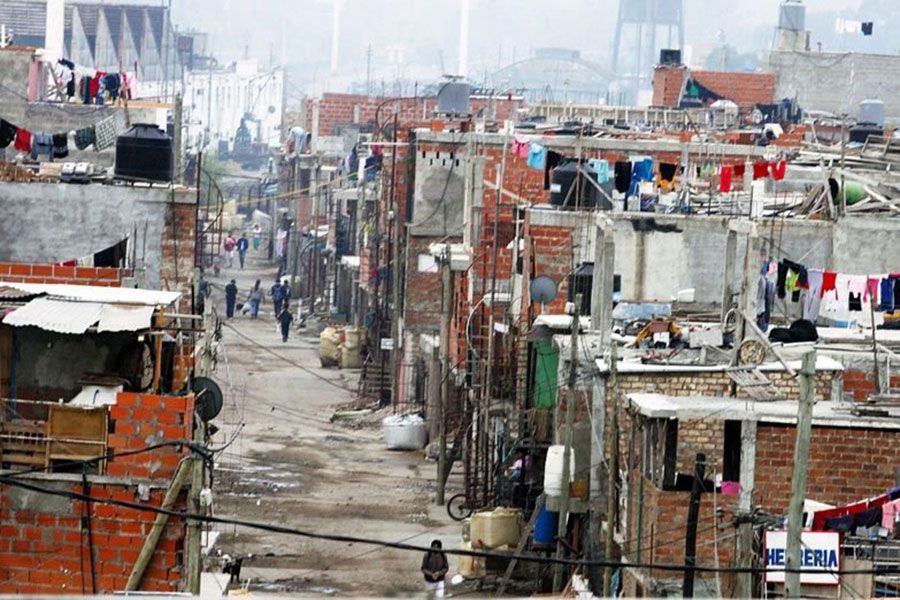 Poverty in Argentina grew in the first half of this year, according to data released on Wednesday 30th by the National Institute of Statistics and Censuses (Indec). The rate of poor Argentines went from 35.5% in the second half of 2019 to 40.9%, or 18.5 million people, in the first six months of 2020.

The total number of people living below the poverty line went from 8% to 10.5%, or 4.7 million people.

The poverty rate includes those who live below the poverty line, according to the Indec methodology.

In crisis since 2018, Argentina has been hit hard by the covid-19 pandemic. The country has recently managed to restructure part of its external debt with private creditors, but has seen economic conditions deteriorate. The level of international reserves of the Argentine Central Bank has been falling rapidly due to the lack of confidence in the macroeconomic policies of the government of President Alberto Fernández.

The combination of a pandemic and an economic crisis – which has been going on for more than two years in the country – is the main reason behind the increase in poverty in Argentina. The prospect is that the situation will worsen and poverty will increase in the second half of the year.

This is because the pandemic is far from being controlled – the number of new daily cases is growing in the country -, the recovery of activity has been losing strength and measures recently announced by the government show that it will be difficult to attract investments for a strong resumption, with greater creation of jobs.

“In the second semester it will be even more complicated. There are still many mobility restrictions in the metropolitan area of ​​Buenos Aires and the virus is starting to spread in the interior. In addition, inflation has increased again and the family’s income will be lower than at the beginning of the year ”, says Martín Tetaz, from the University of La Plata. “We will probably see the poverty rate reach 42% or 43%.”

The pandemic contributes, but Argentina has been on a path of economic deterioration before, says Gabriel Brasil, from Control Risks consultancy. “And the outlook is not positive. Argentina has struggled to reopen the economy, and the Alberto Fernández government has failed to convince investors that it is worth investing in Argentina: it has adopted a heterodox agenda, with restrictions, price control, capital control, import control . He even talked about expropriation, which sends a very negative signal to the market ”, he says.

Brazil affirms that the data of poverty is negative also because it indicates a vicious cycle, from which it seems difficult for Argentina to get out in the short term. “If poverty increases, there is less consumption, less investment and less job creation,” he says. “It is necessary for economic agents, especially the government, to adopt a posture that breaks this cycle. To signal that in the medium term horizon the economy will have greater predictability and a more friendly regulatory environment. Without this, this cycle tends to perpetuate itself. ”

What Is the Confederate Flag Seen at the US Capitol Riots? 0