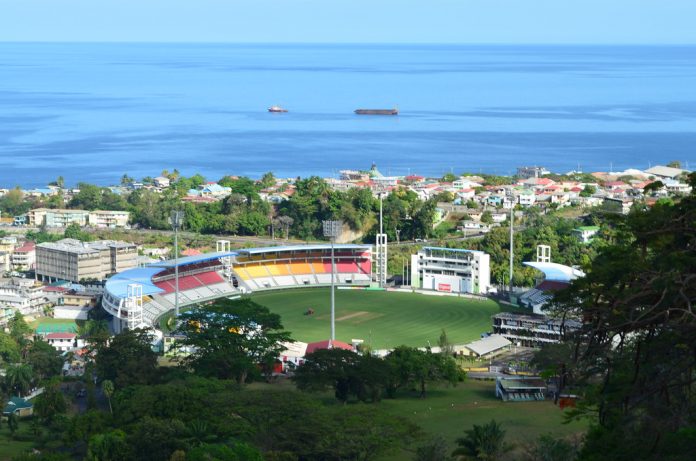 Windsor Park in Dominica is set to return as a venue for West Indies’ home schedule next year when it hosts two limited-overs fixtures on the New Zealand tour, as the region braces for a heavy itinerary which will also see tours by South Africa and minnows Ireland.

Windsor Park had its last taste of international cricket earlier in 2017 when Pakistan beat West Indies on a dramatic final day of the last Test.

Having returned to the domestic schedule this year when it staged a first-class match between Windward Islands Volcanoes and Leeward Islands Hurricanes back in February, the venue will play host to one ODI and a T20 International one of 11 West Indies are expected to play ahead of the T20 World Cup in Australia later that year.

The three-year home cycle was announced Friday by Cricket West Indies which will see Sri Lanka, Australia and Pakistan touring in 2021 and England, Bangladesh and India arriving the following year.

“This is a significant step forward for CWI and cricket fans and stakeholders across the region,” said CWI chief executive, Johnny Grave.

“Not only does this provide a full calendar of international fixtures which allows us to better plan and schedule our cricket, but it allows everyone who supports and loves cricket to know when the next big game or tournament is coming.”

West Indies will welcome Ireland at the start of next year for a series comprising three One-Day Internationals and three T20 Internationals from January 4-19.

After touring England for three Tests in June, West Indies will return to the Caribbean to take on number two-ranked New Zealand in another limited-overs series of three ODIs and T20 Internationals.

The tour, which runs from July 8-19, will see the Vivian Richards Cricket Stadium in Antigua staging the opening two ODIs, with the last ODI and the first T20I heading to Windsor Park.

South Africa will arrive immediately on New Zealand’s departure for their first Caribbean series in nearly a decade, to play two Tests and five T20 Internationals from July 15 to August 16.

Queen’s Park Oval in Trinidad will stage the first Test while the Darren Sammy Cricket Ground will host the second, before teams head to Central Broward Stadium in Fort Lauderdale for the opening two T20s.

Sabina Park in Jamaica will be the stage for the last three matches of the series.

Significantly, the Brian Lara Stadium in Trinidad and the Trelawny Multi-Purpose Stadium are set to be crowned as international venues during the 2021 home schedule when they host T20s involving Sri Lanka and Pakistan respectively.

West Indies Women, meanwhile, will host South Africa in May next year and are expected to play a minimum of 15 ODIs – home and away – in preparation for the 50-overs Women’s World Cup in 2021.