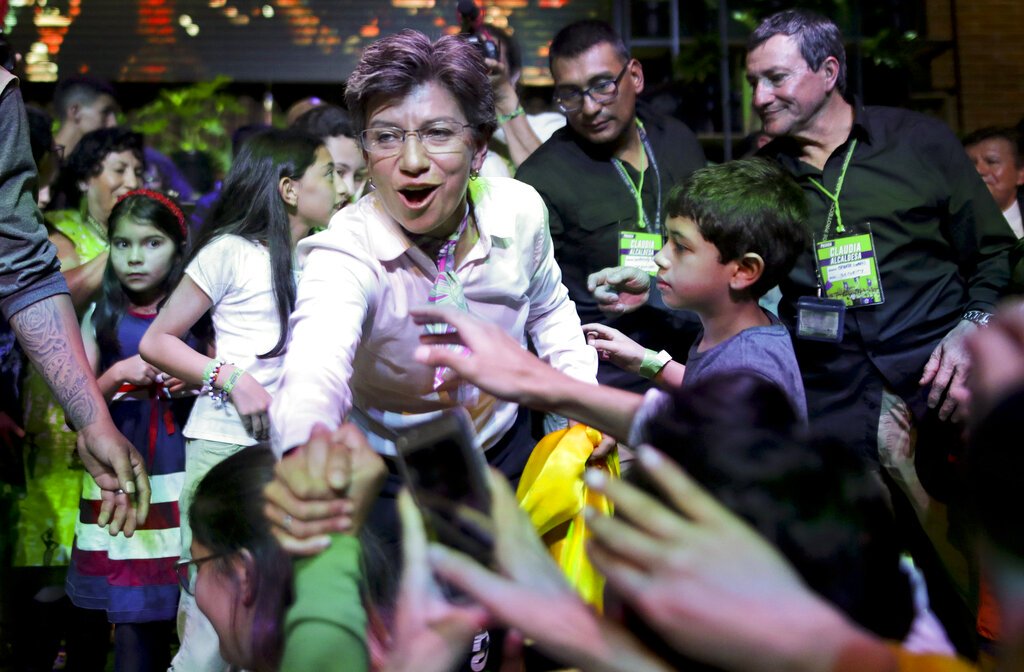 Claudia Lopez, a symbol of the fight against corruption in Colombia, today became the first woman to be elected mayor of the capital Bogota.

The 49-year-old center-left candidate, who is openly gay, won the local election with 35.2% of the vote ahead of liberal Carlos Fernando Galan (32.5%) with almost all votes counted.

“Not only did we win but we’re changing history,” ex-senator Lopez said on Twitter.

President Ivan Duque said the local elections around the country had attracted the “largest number of candidates in history.”

Lopez’s victory in the capital city of 7.2 million people is a significant step forward in a country used to being led by male liberal elites.

More than 36 million voters were called to vote for mayors, governors and local assemblies, with more than 116,000 candidates to choose from, 37% of whom were women.

The elections were beset by violence in more than a quarter of municipalities, the electoral mission observatory said.

Former left-wing guerrillas FARC, who became a political party in the historic 2016 peace accord that ended a half-century of armed rebellion, took part in elections for the second time.

After a dismal showing in last year’s legislative elections, the ex-insurgents won a majority in only one municipal government in Colombia’s southwest.

In the country’s north, former guerrilla Guillermo Torres known as the “FARC singer” for his performances of traditional Colombian “vallenato” folk music won the mayoralty of Bolivar department for a left-wing coalition.