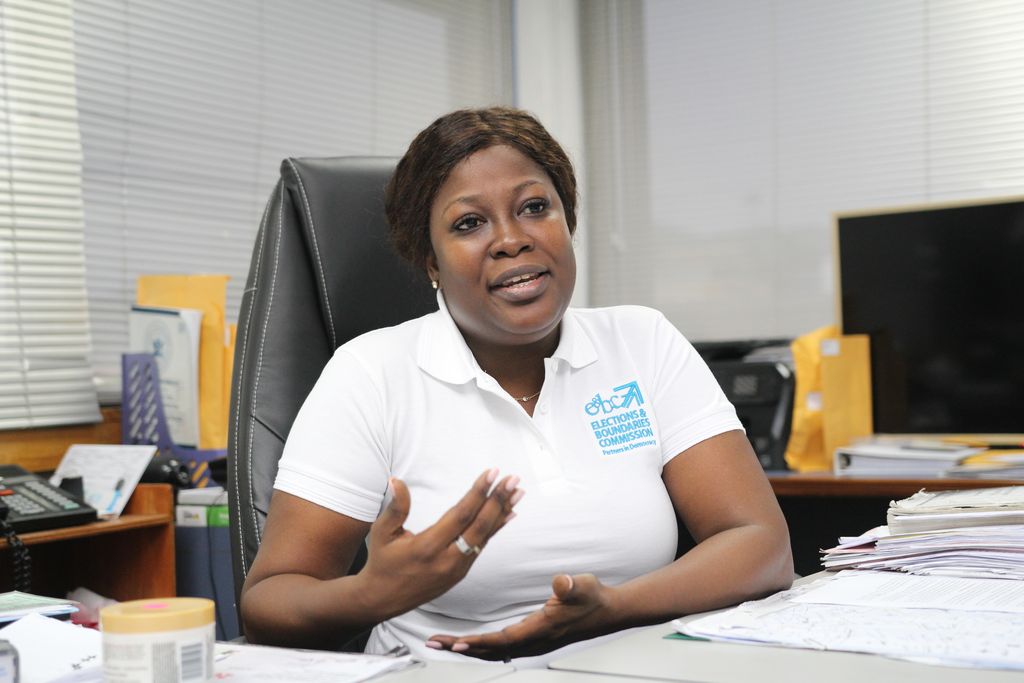 No additional element is being introduced into the voting process for Monday’s Tobago House of Assembly (THA) election.

That’s according to Chief Elections Officer Fern Narcis-Scope, as the Elections and Boundaries Commission (EBC) introduced an initiative on Saturday, to electronically collect data.

Her assurance came after both the Progressive Democratic Patriots (PDP) and the United National Congress (UNC) wrote to the EBC expressing concerns.

While providing a simulation of the technology during an even at Magdalena Grand Beach and Golf Resort at Lowlands, Tobago, yesterday, Narcis-Scope revealed that the system will be tested in two electoral districts tomorrow in Mount St George/Goodwood and Scarborough/Mt Grace.
There will be a total of 13 polling stations.

Narcis-Scope said, “There is no additional element being introduced into the voting process. This is not electronic voting. This is not additional information being collected. The process of voting is a manual one and remains as outlined in the law.”

The new addition to the process is a data entry poll clerk who will use a cellphone to state that an elector has voted.

She said, “The data entry poll clerks’ only role would be to electronically record that an elector has exercised their franchise.”
Narcis-Scope said this is an exercise that can only be tested during an election and it has already been rolled out in St Lucia and Canada.

She said, “The timing of implementing this initiative has been questioned but in truth and in fact it’s the only way to test the initiative—during an election.”

Narcis-Scope emphasised that while information will be collected electronically the EBC will be reliant on receiving the Statement of the Polls from the polling stations that have the data.

The cost of this initiative is not expensive and encompasses paying the data entry clerks and the rental of the phones on the day.

Narcis-Scope said anything that goes wrong with the pilot project will give her an indication of changes that need to be made.