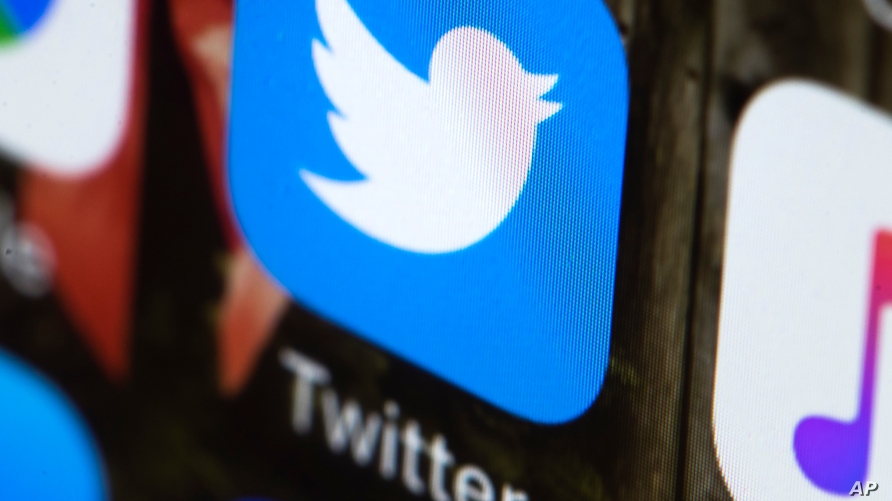 Twitter declared a ban on all advertisements about political candidates, elections, and controversial policy issues such as abortion and immigration on Wednesday.

This significant shift comes as a response to rising concerns that politicians are using social media to deceive voters before the election. 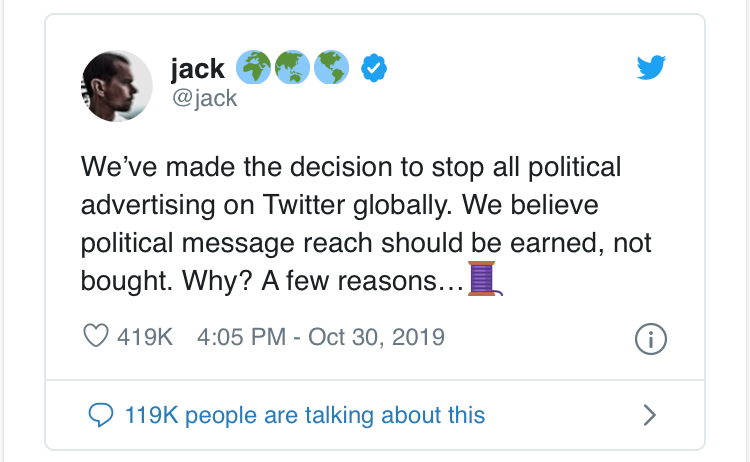 Twitter’s chief financial officer, Ned Segal, tweeted on Wednesday that the company made less than $3 million from political ads in the 2018 cycle.

“This decision was based on principle, not money,” he said.

The announcement covers ads designed to influence elections, including ballot measures, as well as those that address “issues of national importance.” Reports say the new rules will go into effect late November on a global scale.

Dorsey’s comments puts him at odds with senior Facebook executives, including Mark Zuckerberg and Sheryl Sandberg, who have vigorously defended Facebook’s policy of not fact-checking political ads.

More from ABC News on what it will mean globally and the effect it will have on political campaigns.

Another deadlock! THA assemblymen fail to agree on a Presiding Officer again 0