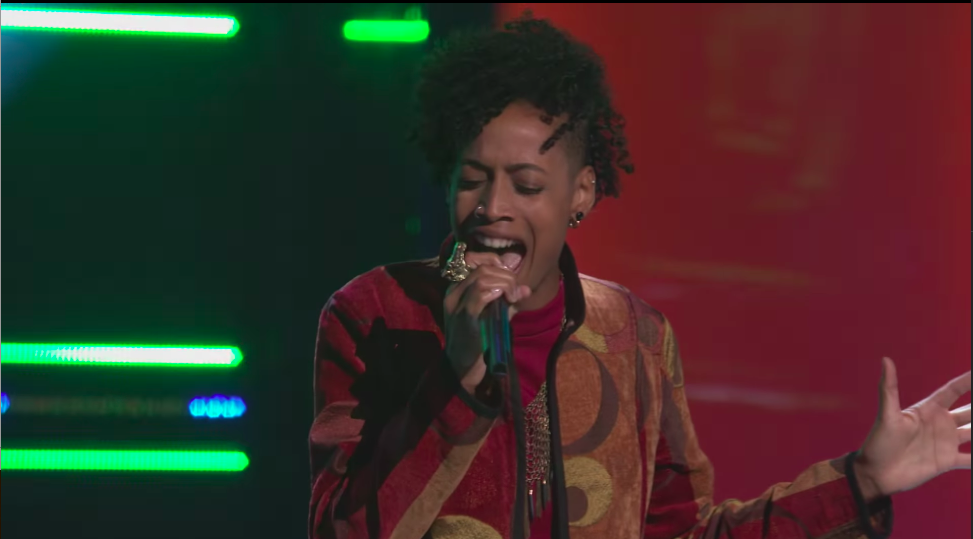 Trini singer shines on ‘The Voice’, joins #TeamGwen for season 19

Trinidadian singer Payge Turner wowed the judges and secured a seat on #TeamGwen when she appeared on NBC’s ‘The Voice’ on Monday night.

The 27-year-old musician gave a soulful rendition of The Weekend’s ‘Call Out My Name’ on the premiere episode of the American singing competition television series.

Blake Shelton, who is sometimes regarded as the ‘American Simon Cowell’, was the first to turn his chair around after he heard Turner’s vocals. Gwen Stefani followed next as Shelton tried to dissuade her from choosing Turner.

Other hosts John Legend and Kelly Clarkson did not turn their chairs, but Turner already had the support from Shelton who joked with Turner that he wants to be a member of her fan club.

When asked where she’s from Turner said proudly, “My name is Payge Turner, I am 27-years-old and I am from Trinidad and Tobago.”

Turner’s real name is Paige Roopchan. Her mother, Jacqueline Johnson, is a singer for the Marionettes choir.

According to Sofar sounds, Turner is a musician settled in Seattle and originally started her career in Kansas City.

Her alt-rock/soul/progressive vibe is very unique to listen to.

The website states, “With a sound so bold and rich, Turner still finds a way to make you feel every emotion, by bringing authentic lyrical content to all her fast and slow songs. Her live performances are something you’ll never forget; you’ll leave more emotional and sweaty than when you came in.”

She eventually chose Gwen Stefani to be her coach.

Take a look at her audition video below.