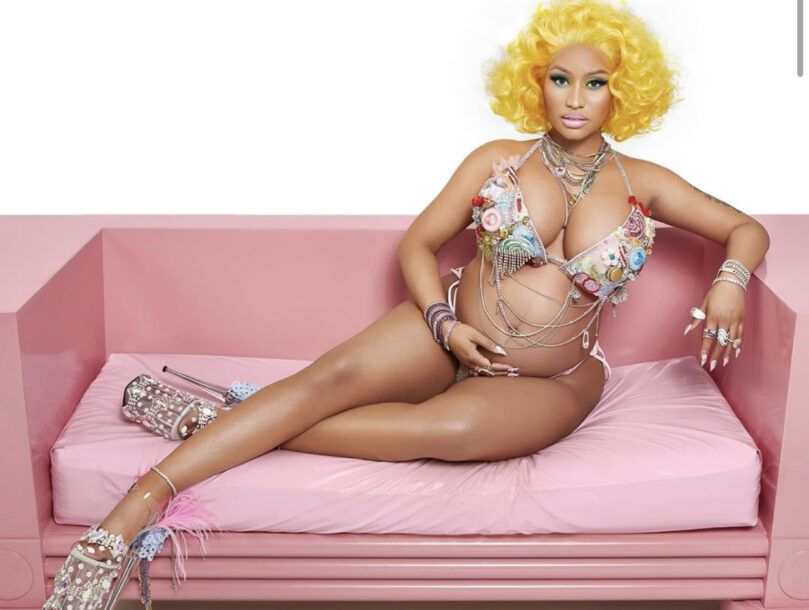 According to E! News the Queen’s New York rapper welcomed her first child with husband Kenneth Petty on Wednesday, Sept. 30, in Los Angeles.

News of Nicki’s little one comes only a few months after she announced her pregnancy back in July, with a number of baby bump pictures saying she did not believe that she was pregnant when she travelled to Trinidad and Tobago for Carnival 2020.

This marks the first child for Nicki and Kenneth.

In fact, exactly one year before welcoming their newborn, the couple tied the knot in October 2019.

Meanwhile back in March prosecutors wanted Petty placed on house arrest, but his attorney objected and instead Petty is being required to wear an ankle monitor. He will also have a curfew – he however asked the judge to allow him to be at the birth of his child with Nicki.
Petty’s lawyer says he’s going to post $100,000 bond later today. Petty will also be under pretrial supervision and has already surrendered his passport. His travel will be restricted to Southern California.
Petty also can’t use drugs, even marijuana from legal dispensaries in L.A. He has another hearing scheduled for March 23.
*Cover Story* 14891 International 2589 Lifestyle 1232 Music 1220 News 13558

Kim Kardashian-West wants out of her marriage!! 0