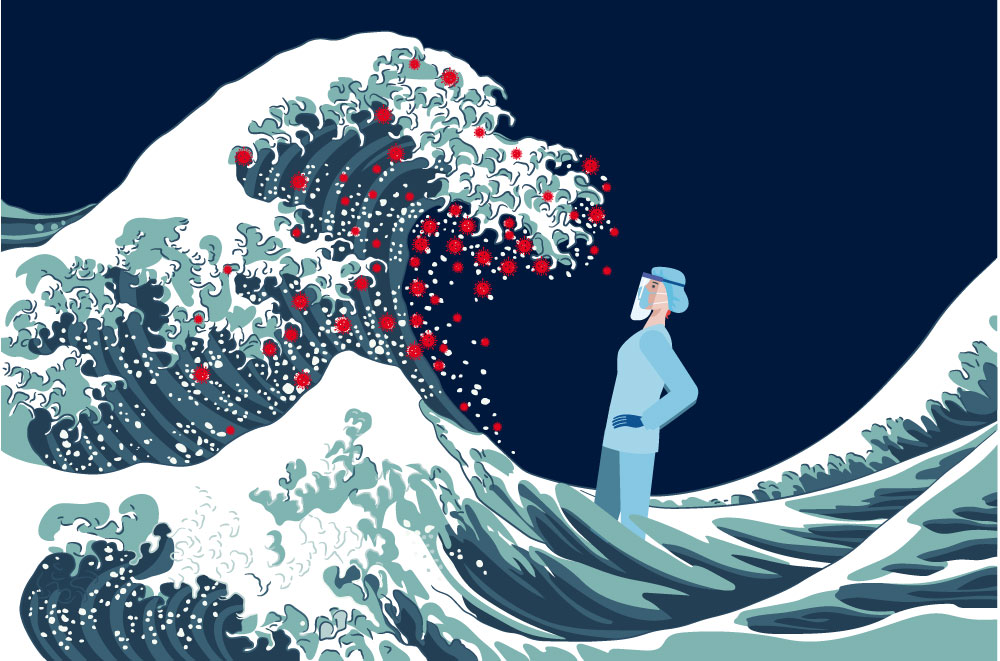 WHO Warns of Second Wave of COVID-19 Infections Contagious

The possibility of a second wave of contagions from COVID-19 is no longer exactly a secret, although certain countries are gradually getting rid of quarantine, the cases continue to increase in general.

During Monday’s a press conference, the World Health Organization (WHO) warned of this second wave, especially with regard to Europe and the United States.

On that occasion, WHO Director-General Tedros Adhanom said: “On Friday, we talked about the worrying phase in which the COVID-19 pandemic has entered. As the Northern Hemisphere enters winter, we see cases accelerating. , mainly in Europe and North America “.

Meanwhile, WHO emergency director Mike Ryan also recalled Asia, where some countries have seen an increase in infections and said the world is entering a second wave of the pandemic. “The second wave is coming. When we look at Asia, we see that countries that were little affected in the first wave are being affected more now,” he warned. “We have to be prepared to give up what we like right now,” added Ryan.

The technical leader, Maria van Kerkhove, said that countries and health systems already know what to do and how to flatten the transmission curve in communities. “This virus operates in clusters and needs people to spread”, he recalled. She also made a request for countries to avoid collective events and face-to-face meetings, especially indoors. “We have to track and locate all cases. Infected individuals must be quarantined outside the home and for 14 days. That means not leaving the house, not going to work, not receiving visitors,” said the leader.

In addition, during the press conference, WHO reported that 184 countries had joined the international Covax alliance, an initiative led by the entity that will ensure the equitable purchase of the future vaccine against the disease that has been worrying in 2020. In September, this global alliance the distribution and equal access of vaccines started to have Brazil as a member, based on Provisional Measure 1003/20. The initiative brings together different governments around the world and manufacturers of immunizers.

The Brazilian adhesion to the Covax Facility does not mean that the country will necessarily have to acquire the vaccines against COVID-19 approved by the program. This decision will depend on technical and financial analysis for each case.

This is because Brazil already has its own agreements with the immunizer developed by the University of Oxford, in the United Kingdom, and another with the pharmaceutical company Sinovac, in China.

If the purchase of one of the vaccines against COVID-19 is interesting for Brazil, it will be done without bidding. In addition, the provisional measure also authorizes the government to put its own resources into the global initiative.