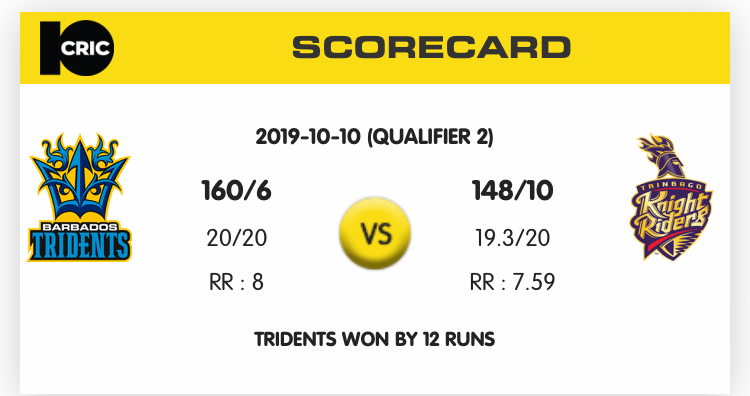 Nurse’s intervention was crucial in both innings, first when blasting an unbeaten 24 from nine balls to propel a stuttering Tridents innings up to 160/6 and then taking two key wickets to help strangle the Knight Riders’ run-chase.

Having been put into bat, the Tridents looked set to make an under-par total for the majority of their innings until Nurse and Raymon Reifer – who later also played his part with the ball, bowling a nerveless final over that included the vital wicket of Seekkuge Prasanna for a 27-ball 51 and the match-clinching one of Khary Pierre – plundered an unbroken 48 runs for the seventh wicket from the final 14 balls. 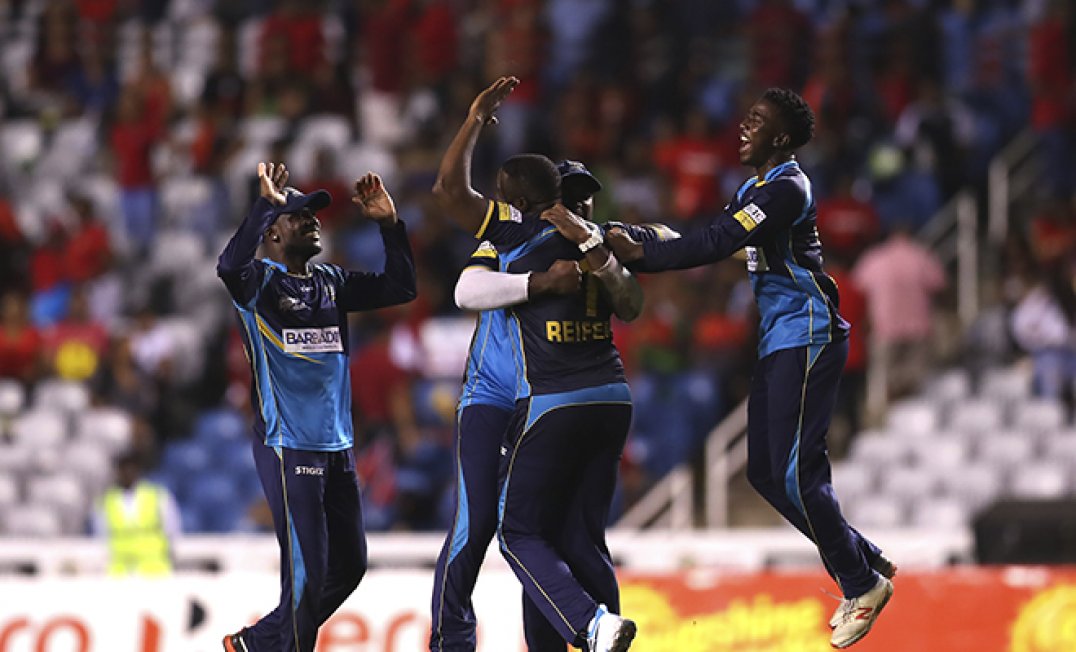 With the Knight Riders ultimately coming up 12 runs short, the final two overs when the Tridents batted were the difference between going to Saturday’s final and going home.

Johnson Charles could have been dismissed twice early in his 35, dropped by Denesh Ramdin in the first over of the night and then seeing a skied shot land safe after Lendl Simmons and Chris Jordan left it for each other.

While never quite at his fluent best, Charles’ effort was crucial in holding things together during a fraught first half of the Tridents innings in which Hales and Shakib fell to Pierre and JP Duminy was forced to hobble off retired hurt after injuring his leg while hitting a six. The Tridents will be desperate to have him available on Saturday.