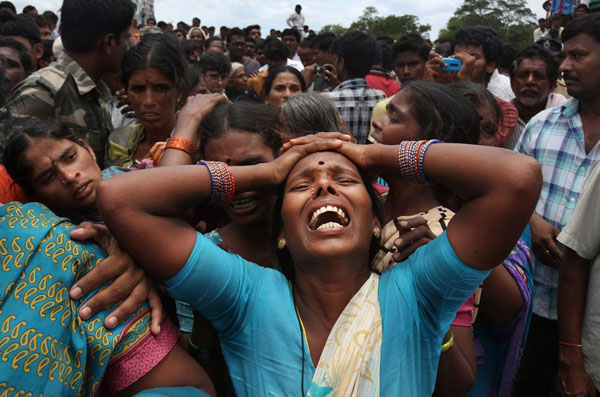 The burst of COVID-19 cases in the rural districts of India has now obtained global attention.

Presently, with everyday cases crossing 360,000 and recorded passings past 3,200 every day, many see the respite between Covid-19 waves as a coldblooded fantasy.

Mass gatherings in India in March and April associated with political campaigns, international cricket matches between India and England “with full stadiums and few wearing masks”, and several large religious festivals, such as the Kumbh Mela, an event attended by millions, are being scrutinized for the increase.

“The elections, religious festivals, and everything else opened up completely,” says Sujatha Rao, a previous secretary of the Indian Ministry of Health and family government assistance. “That was a very bad mistake and we have paid a very dear price, a heavy price for that oversight.”

An episode the size of India’s subsequent wave, clearly fuelled by Covid-19 variations that seem, by all accounts, to be more irresistible than prior strains, would have overpowered most general health frameworks – not to mention perhaps the most constantly underfunded on the planet, serving a huge, spread-out populace.

The Indian variant continues to be a concern to experts because it consists of two mutations of its protein, which could make it more resistant to the coronavirus vaccine. Last month, the Indian Health Ministry reported on a strain of the virus that includes two genetic changes and constitutes a kind of “union” of two variants previously known as E484Q and L452R.

“There was a misreading of the situation in January that we had attained herd immunity and were unlikely to see a second wave,” says K Srinath Reddy, the president of the Public Health Foundation of India. “India went into full-blown celebratory mode. And we know the virus travels with people and celebrates with crowds.”

Now India’s variant has astonishingly infiltrated itself in several countries, as the UN health agency said the B.1.617 variant of COVID-19 first found in India had as of Tuesday been detected in over 1,200 sequences uploaded to the GISAID open-access database “from at least 17 countries”.

“Most sequences were uploaded from India, the United Kingdom, U.S. and Singapore,” the WHO said in its weekly epidemiological update on the pandemic.

A few thoughts on the B.1.617 variant, first seen in India in late 2020, recently seen in >100 cases in the UK, and very much in the news here. TLDR: we should watch carefully, but I don't think any of our best lines of evidence on variants are yet cause for concern. 🧵

Alongside warnings that people should maintain precautions, governments at all levels in India, are being chastized for the encouragement of relaxed restrictions, allowed massive social events to resume and pressed ahead with raucous electioneering, confident the continued circulation of Covid-19 in states such as Kerala or Maharashtra were the dying embers of the virus, not evidence of the sparks that would ignite a second firestorm.

The WHO acknowledged that its preliminary modeling based on sequences submitted to GISAID indicates “that B.1.617 has a higher growth rate than other circulating variants in India, suggesting potential increased transmissibility”.

As this complex scientific saga continues to develop, it is unclear whether the vaccines developed to combat the original coronavirus that emerged in Wuhan in 2019, would work well against India’s variant.

“Whether they will maintain efficacy against the new variants springing up in India is not yet clear but it is . . . likely that they will have at least some efficacy,” said Peter English, a retired consultant in communicable disease control based in the UK. As only about 10 percent of India’s population has been vaccinated, “the variants are not yet under strong pressure from vaccine immunity so there is no great pressure for vaccine escape mutants to arise”, he added.