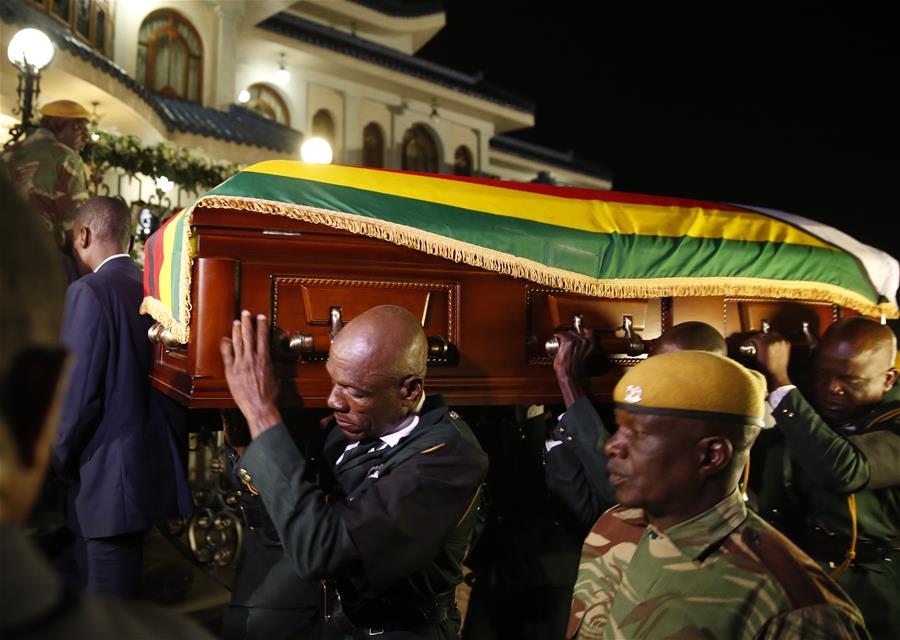 The body of the late former Zimbabwean President Robert Mugabe, who died in Singapore last Friday aged 95, arrived in the country on Wednesday afternoon ahead of his burial planned for Sunday.

Hundreds of Zimbabweans were also at the airport to receive the body.

On Thursday and Friday, a funeral service will be held for him at Rufaro, a soccer stadium in Harare for the public to pay their last respects.

Another funeral service will be held in the giant National Sports Stadium in Harare on Saturday to afford Zimbabweans, foreign dignitaries and members of the diplomatic community a chance to also pay their last respects.

The government and the Mugabe family are still consulting on where Mugabe, who has been declared a national hero, will be buried.

This comes amid reports that Mugabe indicated prior to his death that he wanted to be buried at his rural home in Zvimba, and not at the Heroes Acre in Harare, a preserve for gallant sons and daughters of the country who made illustrious contributions to the liberation struggle and development of the country.

Mugabe, the country’s founding leader, ruled Zimbabwe for nearly four decades until 2017 when he resigned.