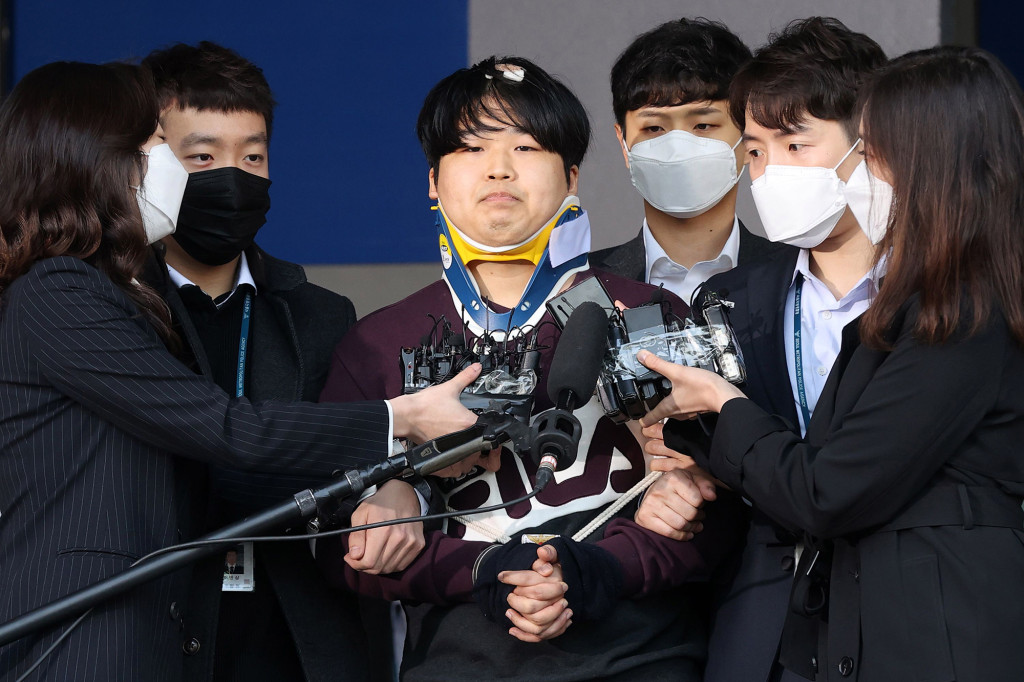 The criminal mastermind behind an online pornography ring in South Korea had his sentence reduced to 42 years from 45 after an appeal.

Cho Ju-bin, 25, the founder of sexually exploitive chat rooms in which users could purchase explicit videos of women performing pornographic acts, was sentenced to 45 years in prison earlier this year. That sentence has been reduced, local news network YTN reported Tuesday.

The Seoul High Court said in its ruling that Cho acted as part of an organized crime ring and had accomplices. The court also said Cho caused “irreparable damage” to victims, but because he reached out to his victims during the appeal process, his sentence was reduced by three years, the report said.

Five other people were indicted for running the illegal site. Two out of the five defendants also had their sentences partly reduced, according to YTN.

Cho Ju-bin’s father, who was not identified by name in local media, appeared before reporters to read a letter of apology from his son at court.

“I am so sorry to everyone,” Cho wrote, according to Newsis. “I am ashamed of my nasty past when I hid behind the mask of ‘Doctor.'”

Cho, whose screen name was Doctor or Doc, has been accused of blackmailing dozens of women and forcing them to be filmed in violent videos that sometimes involved on-screen rape.

Cho initially lured the women, some of them minors, with promises of riches if they agreed to make videos that he sold online. Cho’s transactions and those of his accomplices were conducted in cryptocurrency in 2019 and 2020, according to the New York Times in December.

Cho used the videos to blackmail the women to force them to make more videos that became increasingly violent and even “tailor-made” for their audience, according to the report.

The court also did not explicitly state the crimes specifically targeted women, Shin said, according to YTN.

4 men charged for possession of guns and drugs 0