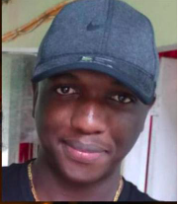 State accused of not doing enough to protect prison officers

Prison Officers Association Head, Cerron Richards says the killing of a prison officer over the weekend highlights that the state isn’t doing enough to protect the lives of prison officers.

His comments come as police probe the shooting death of 28-year-old Stephon Richardson.

Richardson was shot dead just after 7:00 pm on Sunday in Princes Town.

Speaking on the Power Breakfast Show on Monday morning, Richards said not enough is being done to protect prison officers.

He claimed T&T has one of the highest rates of murders of prison officers in the world.

Richards noted that some of the solutions advanced by the Prison Officers Association have not been acted upon.