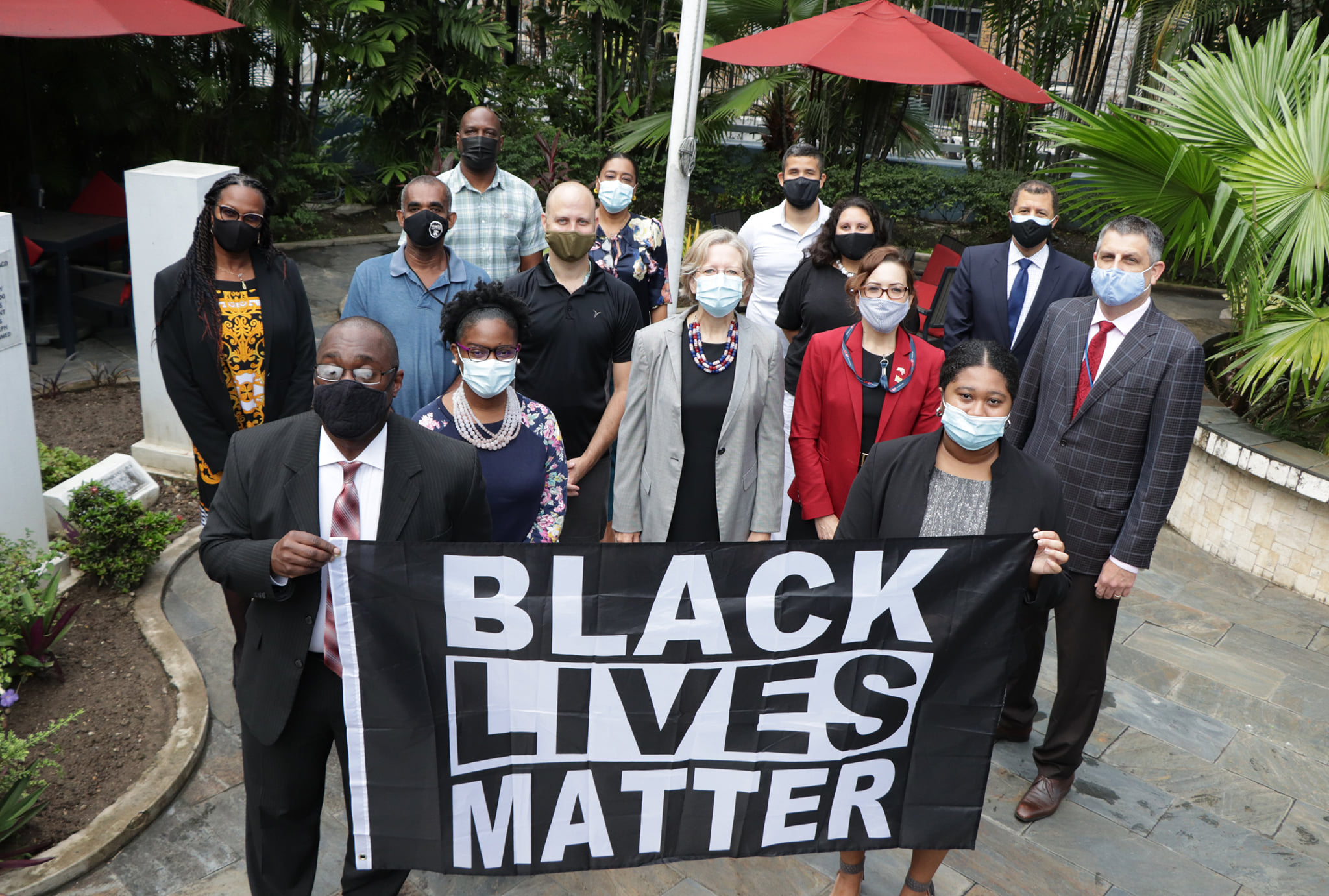 The U.S. Embassy Port of Spain today raised the Black Lives Matter (BLM) flag at its Queen’s Park West compound as Embassy staff and leadership confirmed their commitment to promoting diversity, equity, and inclusion, for Embassy staff, as well as in all of the programs and activities that the Embassy administers.

The flag will fly over the Embassy all day.

The choice of June 30 to fly the BLM flag coincides with an Embassy internal event in which Embassy staff engaged in a virtual open forum on the 2020 murder of George Floyd, race and racism, and police-minority group relations. 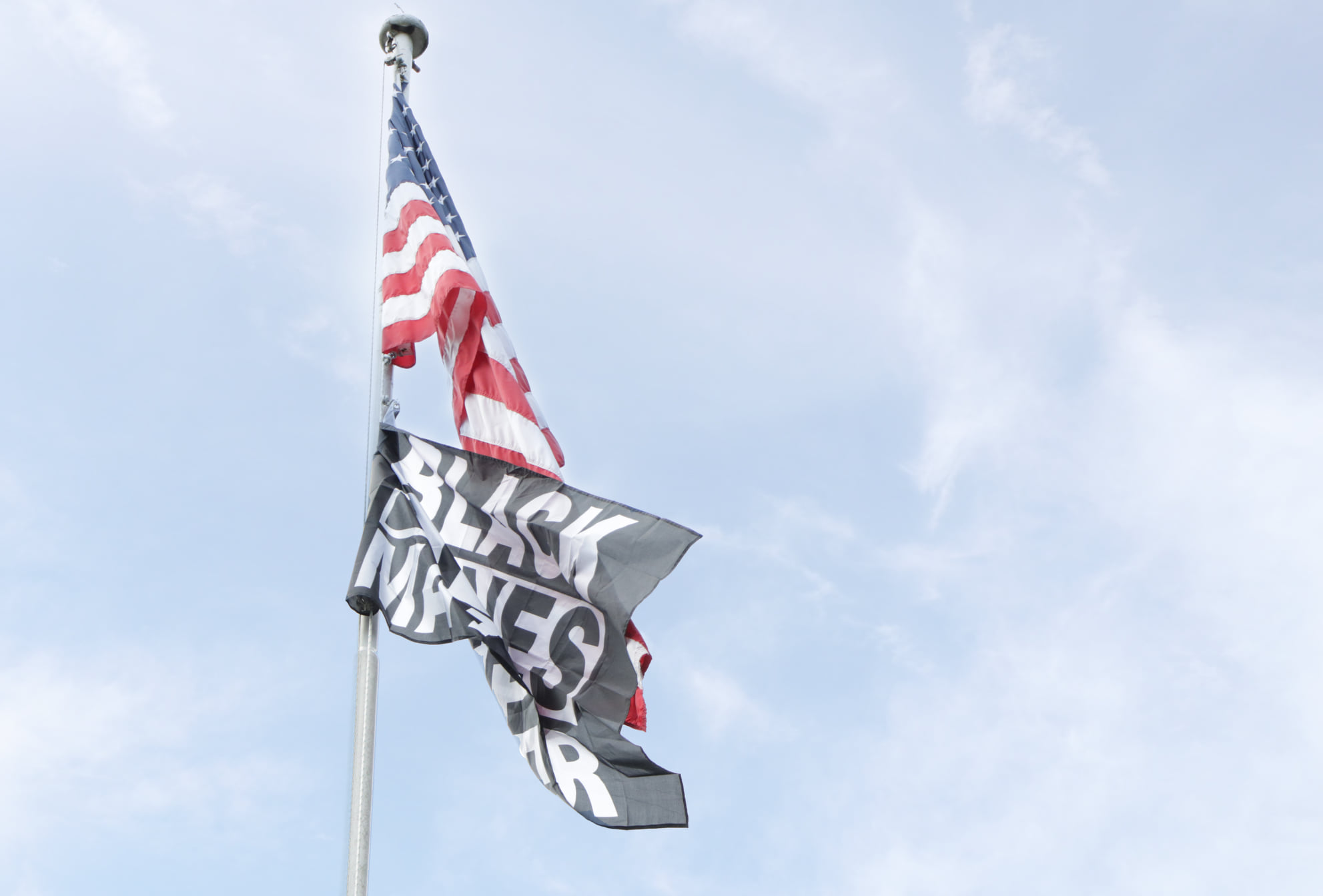 The staff forum arose from the Biden-Harris Administration’s prioritizing diversity, equity, and inclusion at all levels of the United States Government.

“We need to open the promise of America to every American,” President Biden said on January 26 at a signing ceremony during which he signed four executive orders to support America’s racial equity goals. “And that means we need to make the issue of racial equity not just an issue for any one department of government; it has to be the business of the whole of government.”

U.S. Chargé d’Affaires Shante Moore said, “We take the mandate from President Biden and Vice President Harris seriously. Secretary of State Antony Blinken has also created a Chief Diversity and Inclusion Officer position for the first time in the history of the Department of State. That officer reports directly to the Secretary. We have a long way to go to correct historic, systemic, and institutional racism and injustices. We have created a platform within the Embassy to discuss these issues. And we have the unwavering commitment from the Biden-Harris Administration’s most senior leadership that prioritizing diversity, equity, inclusion, and accessibility is also a national security imperative.”

The murder of George Floyd on May 25, 2020 was a flashpoint within a longstanding national conversation around police brutality against Black Americans and persons of color. His murder galvanized a global call to end the injustices of systemic racism in the United States and around the world.

President Biden signed the Juneteenth National Independence Day Act on June 17, 2021. Juneteenth — or June 19 — is an annual holiday to commemorate the contributions made by Black Americans to the United States, their resilience and perseverance despite their history of enslavement, and the continued fight against systemic racism.

2 non-nationals held with ammunition in Freeport 0

WASA Update On Supply Disruption To Parts Of La Brea 0