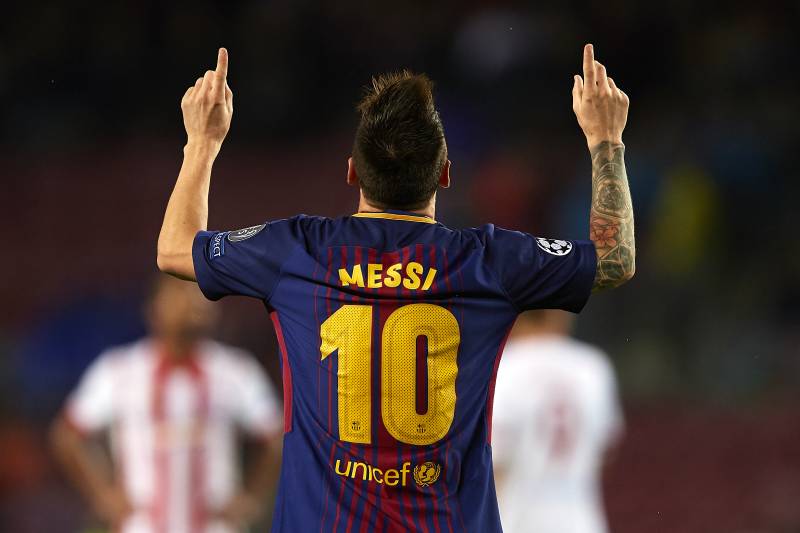 Barcelona’s Lionel Messi Deal Allows Him to Leave for Free

Lionel Messi has reassured FC Barcelona fans that he will not leave for as long as he feels he can make an important contribution to the club.

The recent revelation that Messi’s current Barcelona deal includes a clause allowing him to leave for free in June 2020 has shocked fans, who are worried at the prospect of their star player walking away for nothing. However, in an interview with Barcelona sports newspaper ‘Diario Sport’, the striker discussed his contract and other issues surrounding the club.

Although he said a confidentiality clause meant he couldn’t give the exact details of his contract, he said: “I can say that I want to be at Barcelona for as long as I can and have all my career here, because it’s my home.”

Explaining why his current deal expires in June 2021, he said, “I didn’t want a long contract and to stay here just because I have a contract. I want to be in good physical shape, play and be important and also see that there is a successful project.”

“I want to keep on winning things with this club and doing important things. The release clause and the money don’t mean much to me. I am motivated by other things and the most important is to have a winning project,” explained Messi.

The Argentinian admitted he was disappointed not to see Neymar Jr return to the club after failed transfer talks with Paris Saint-Germain, but added that Barcelona’s aims for the current season remain as high as ever.

“We always say the same thing at the start of the season – we want to win everything and we will try to do that.”

“Obviously I’d love to win the Champions League because we haven’t won it for several years and we should win it again as a club,” he said.

The striker was also asked about the troublesome calf injury which has seen him miss Barca’s start to the new season.

“I feel better, but it was bad news because it happened in the first training session. I was sidelined for 15 days and when I thought I was better, I had a setback ahead of the [second league game] against Real Betis and that meant I had to be out of action for longer.”

“I’ve never had anything like this and I will play again when I am really sure that I am not going to have a relapse,” he explained.

Barca has taken only four points from their first three games of the season without Messi, and although he said the start of the campaign wasn’t “worrying,” the Argentinian acknowledged it was “strange for the way things have gone.”

“I am not worried, but after the international break, we have to click and win our matches,” commented Messi.

Restrictions remain until October 11, but some measures may be relaxed earlier