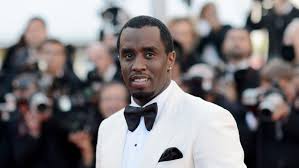 Diddy buys Sean John out of bankruptcy for $7.5M

Sean “Diddy” Combs announced on Tuesday that he has regained majority ownership in Sean John.

The music mogul submitted a $7.5 million bid in an auction, which was accepted, to save the company from bankruptcy.

“I launched Sean John in 1998 with the goal of building a premium brand that shattered tradition and introduced Hip Hop to high-fashion on a global scale,” he said in a statement. “

There were reportedly four other bidders, but Combs came out on top with the winning bid. Diddy’s $7.5 million bid was reportedly all in cash. It will be approved by a judge Wednesday through a telephone hearing, barring any objections.

It subsequently filed for Chapter 11 bankruptcy in New York.

Diddy initially pledged $3.3 million toward buying back the brand but eventually settled on the $7.5 million figure.