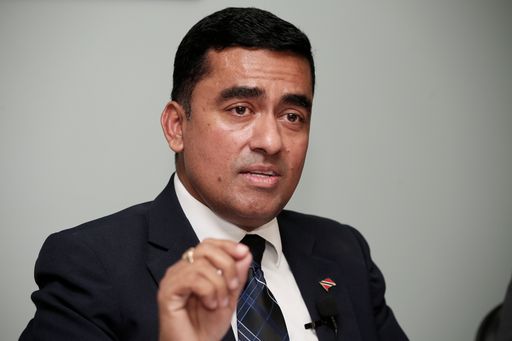 Oropouche West MP, Davendranath Tancoo has slammed Finance Minister Colm Imbert for what he described as Imbert’s trivialising of the recent downgrade of Trinidad and Tobago’s credit rating.
According to Tancoo, it was a desperate act of conmanship and deception by the Minister.

In a release on Saturday, Tancoo said: “Let us be very clear, Moody’s Investment Services is one of the world’s most known and respected credit rating institution whose work is used as reliable and accurate sources of ratings by the World Bank and the IMF. The fall in the country’s credit rating from Baa2 in 2015 to Ba1 today is a reflection of the consistent failure of the Minister of Finance to implement policies that would safeguard the economy while encouraging investment.”

He said “The issue is that the Moody Rating and the IMF Mission Report on Trinidad and Tobago do not cancel each other out, nor “collide ” as Imbert implies.”

“Instead, we see our deteriorating economy not exacerbated by the Covid pandemic as the Minister and the PNM government would the public believe, but rather by their own wilful incompetence and mismanagement, which has led to the collapse of investment in Trinidad and Tobago.”

According to the 2021 UN Conference on Trade and Development, Trinidad and Tobago has suffered from a negative US$439 million Foreign Direct Investment level over the last financial year, estimated as the worse performer in the Caribbean.

Tancoo noted that it is not accidental that Minister Imbert did not mention IMF’s concern about the size of the fiscal deficit and growing public debt. It simply did not fit the narrative of Minister Imbert’s story.

Tancoo cautioned that Moody’s Investors Service’s rankings are used by serious financial players to make investment decisions. A low or falling rating is a warning to investors about the country’s ability to repay its debt. The report reveals that the debt has become increasingly intergenerational, with future generations being crippled by this Government’s borrowing without transparency and investment in capacity building or diversification into commercial activity, capable of generating new revenue streams which can repay the debt. Instead of levelling with the country, Imbert continues to mislead and misrepresent.

He said “What Moody’s is warning about already is that this government’s borrowing policy has put the country in a position where international credit rating agencies and investors as a result cannot be sure that this government can meet its obligations. And that is a frightening reality surmises MP Tancoo.

The lack of confidence in the economy means that this can only get worse! It means the country will find it increasingly difficult to borrow from credible sources. It means investment needed to kick-start the economy, to create jobs, and sustainable growth will not be attracted to this country.

According to MP Tancoo, Imbert’s failure and refusal to confront this problem head-on means that things will only get worse for this country. Instead of engaging in sensible analysis and development of practical solutions, Imbert’s reliance on public relations spin doctoring and cover up means that he has to continue raiding the HSF to prop-up his deficit and foreign exchange crisis, continue the sale of the nation’s patrimony, escalate borrowing from local and international sources and the imposition of more taxation on an already overburdened population.

He said Minister Imbert needs to stop hiding and tell the country the truth.