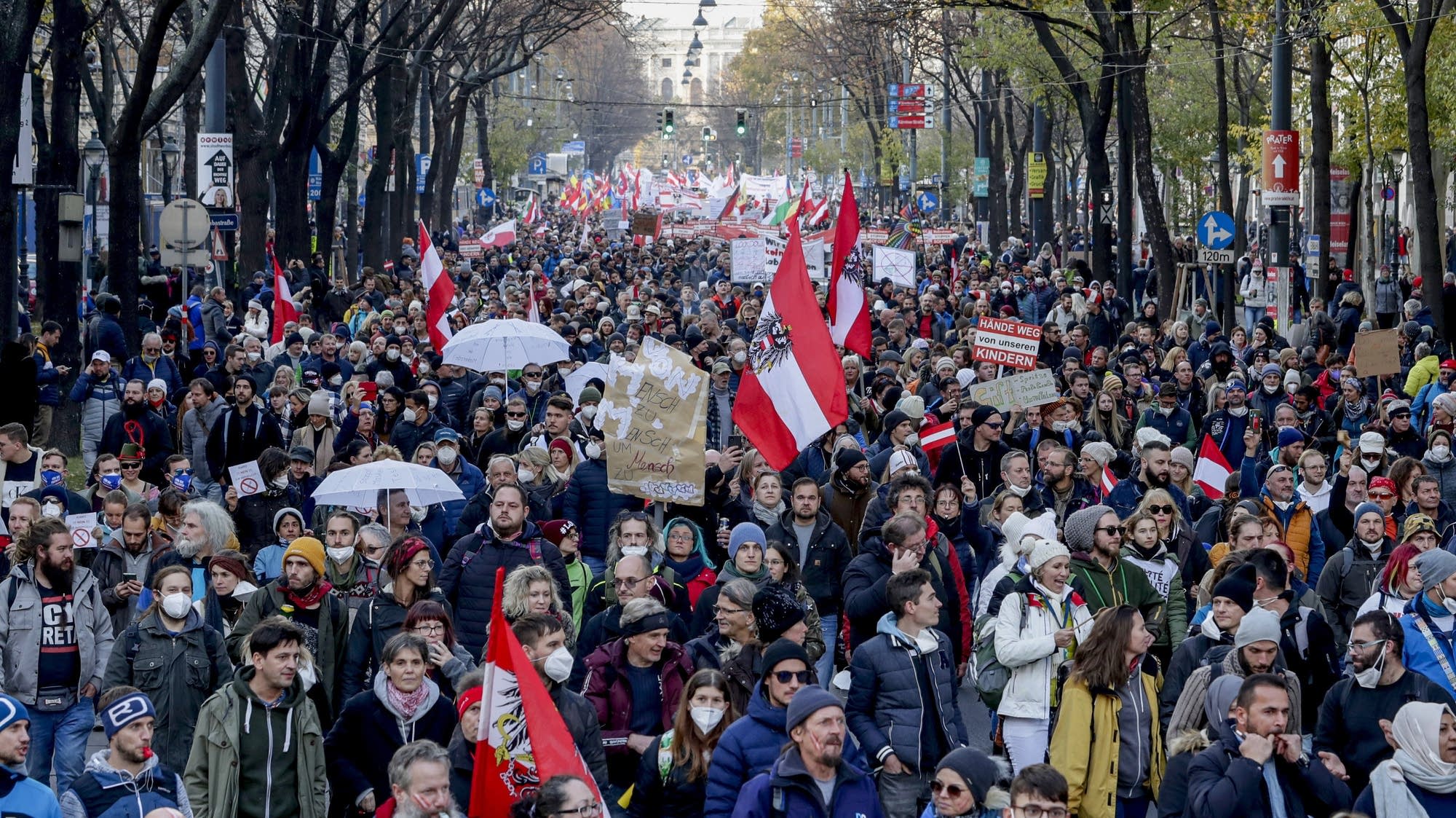 Fresh unrest has erupted in the Netherlands against new lockdown rules amid rising Covid-19 cases in Europe.

People hurled fireworks at police and set fire to bicycles in The Hague, one night after protests in Rotterdam turned violent and police opened fire.

Thousands of demonstrators also took to the streets in Austria, Croatia and Italy as anger mounted over new curbs.

The World Health Organization (WHO) said it was “very worried” about rising coronavirus cases on the continent.

Its regional director Dr Hans Kluge told the BBC that unless measures were tightened across Europe, half a million more deaths could be recorded by next spring.

“Covid-19 has become once again the number one cause of mortality in our region,” he told the BBC, adding “we know what needs to be done” in order to fight the virus – such as getting vaccinated, wearing masks, and using Covid passes.

Many governments across the continent are bringing in new restrictions in a bid to tackle rising infections. A number of countries have recently reported record-high daily case numbers.

In the Netherlands, a second night of riots broke out on Saturday in several towns and cities.

Hooded rioters set fire to bicycles on the streets of The Hague, as riot police on horseback tried to disperse the crowds. Officials have announced an emergency order in the city, and at least seven people were arrested.

Police said someone threw a rock through the window of a passing ambulance carrying a patient. Officers in the city tweeted that five police were injured, with one taken away by ambulance with a knee injury.

At least three demonstrators are receiving hospital treatment for gunshot wounds, officers said. Authorities have launched an investigation into the incident.

The Netherlands imposed a three-week partial lockdown last Saturday after recording a record spike in Covid cases. Bars and restaurants must close at 20:00, and crowds are banned at sports events.

Tens of thousands of people protested in Austria’s capital Vienna after the government announced a new national lockdown and plans to make jabs compulsory in February 2022. It is the first European country to make vaccination a legal requirement.

The country will enter a 20-day nationwide lockdown from Monday, shutting all but essential shops and ordering people to work from home.

In Croatia, thousands marched in the capital Zagreb to show their anger at mandatory vaccinations for public sector workers, while in Italy, a few thousand protesters gathered at the ancient Circus Maximus chariot-racing ground to oppose “Green Pass” certificates required at workplaces, venues and on public transport.