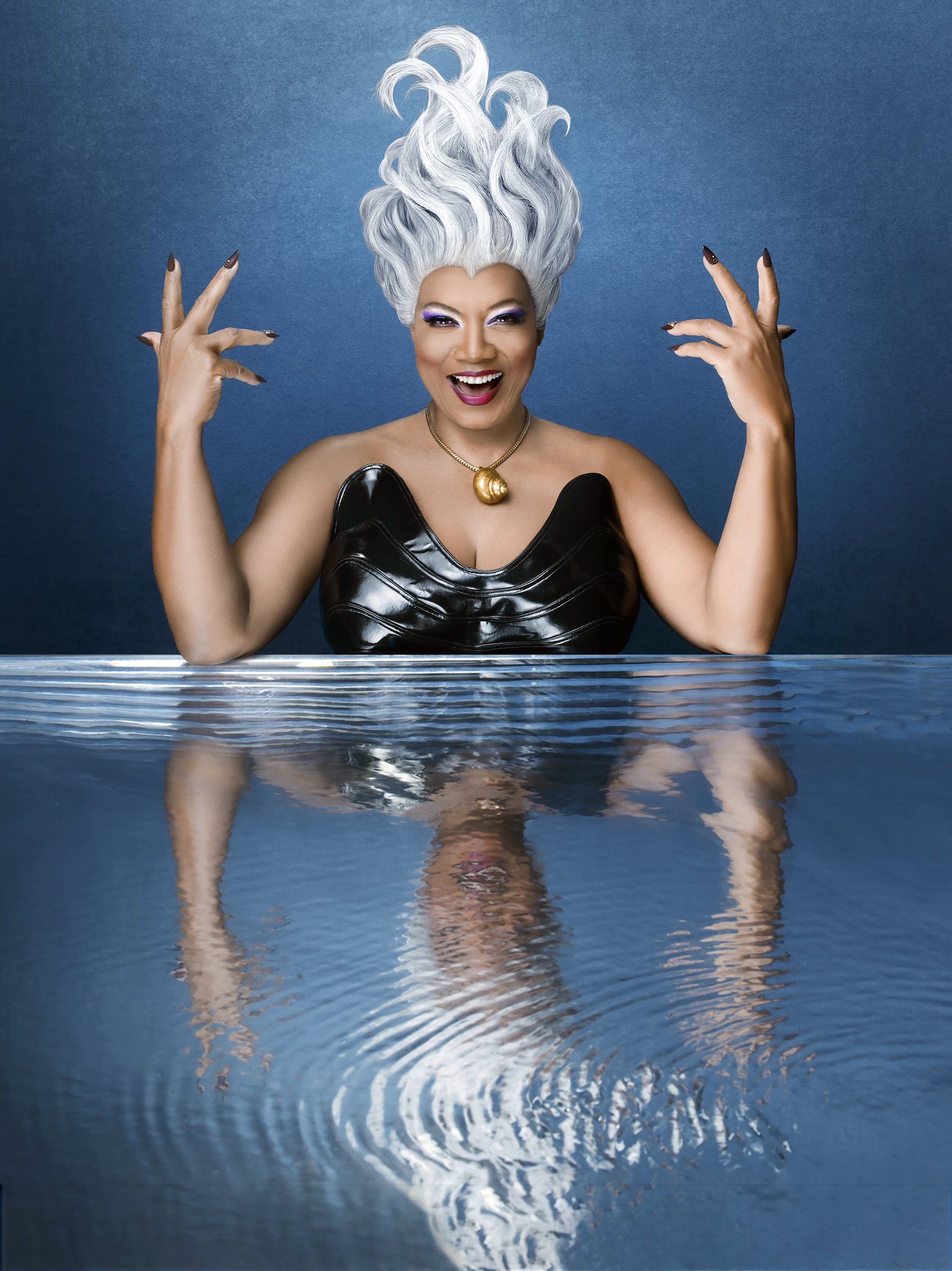 Queen Latifah on Becoming Ursula for ‘The Little Mermaid Live!’

Disney’s The Little Mermaid Live! airs TONIGHT and we can’t wait to see what stars like Shaggy and Queen Latifah have up their sleeves.

It looks like the cast has been hard at work mastering the iconic songs from the 1989 film and fans will finally see them take the stage on Tuesday night.

Shaggy will take not he role of Ariel’s pint-sized pal, Sebastian and Queen Latifah is set to portray the soul-sucking sea witch, Ursula.

She shared the good news on Twitter in August.

“Fortunately I know a little magic.” 😘 Excited to be part of The Wonderful World of Disney Presents The Little Mermaid Live! #Ursula #TheLittleMermaid #TeamSeaWitch pic.twitter.com/83MDd4sLhb

“I had done a photoshoot for Disney a few years back where Annie Leibowitz shot me as Ursula, so when this popped up, it was like, OK, a TV production. Alright … Once they explained to me the way that they wanted to do it, I thought it was interesting,” she told GMA in an exclusive interview.

“It’s going to be a blast to play this character with this hair. Black purple, sort of. Skin dress. I don’t even know what to call it with my tentacles and all this … I think it’s going to be amazing.”

In this behind the scenes look at the show’s rehearsals, we see her tackle the beloved song “Poor Unfortunate Souls” and admits whys she’s “terrified” of performing it.

“There are all kinds of performances, puppets, dancers, aerialists,” she says of the production that will air live on ABC on November 5th. “It’s gonna be mind-blowing.”

The Little Mermaid Live! will feature all of the songs from the original film as well as some that fans have never heard before. Ariel is played by Auli’i Cravalho, whose voice you may recognize from Moana.

Police officers urged to get vaccinated 0