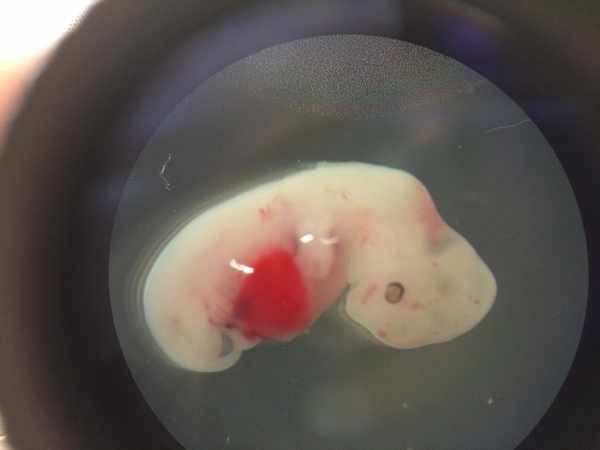 Primate Embryos Grown in Lab for Longer Than Ever

Chinese researchers have developed a culture system that would allow monkey embryos to grow in a lab for 20 days, providing insight into a crucial early stage in primate embryo development.

Researchers from several institutions under the Chinese Academy of Sciences reported in the journal Science that they built an in vitro culture system which supports the development of cynomolgus monkey embryos to 20 days after fertilization and beyond early gastrulation.

Gastrulation is a crucial process during the early embryonic development when basic cell types begin to emerge and lay the foundation for the later differentiation to different organs and tissues, said the corresponding author of the study Wang Hongmei, a researcher from Institute of Zoology, Chinese Academy of Sciences.

Abnormal development during gastrulation in humans may cause pregnancy failure or birth defects.

Wang noted that in vitro cultures of human embryos should be stopped before day 14 in accordance with the international ethical guideline. However, the gastrulation of primate embryos usually happens 14 days after fertilization, which previously caused biologists to have very little understanding of this key phase of early development.

Qiao Jie, director of the Peking University Third Hospital, a leading Chinese hospital in reproductive medicine, said that as a closely-related species, monkeys are a window into human physiology and pathology.

The in vitro culture system provides a platform for primate embryo studies and is expected to help bring more understanding to the early development of human embryos, especially abnormal pregnancy and fetal abnormalities, he said.